Quarantine Cooking: This Restaurant Worthy Pasta Has Only Four Ingredients 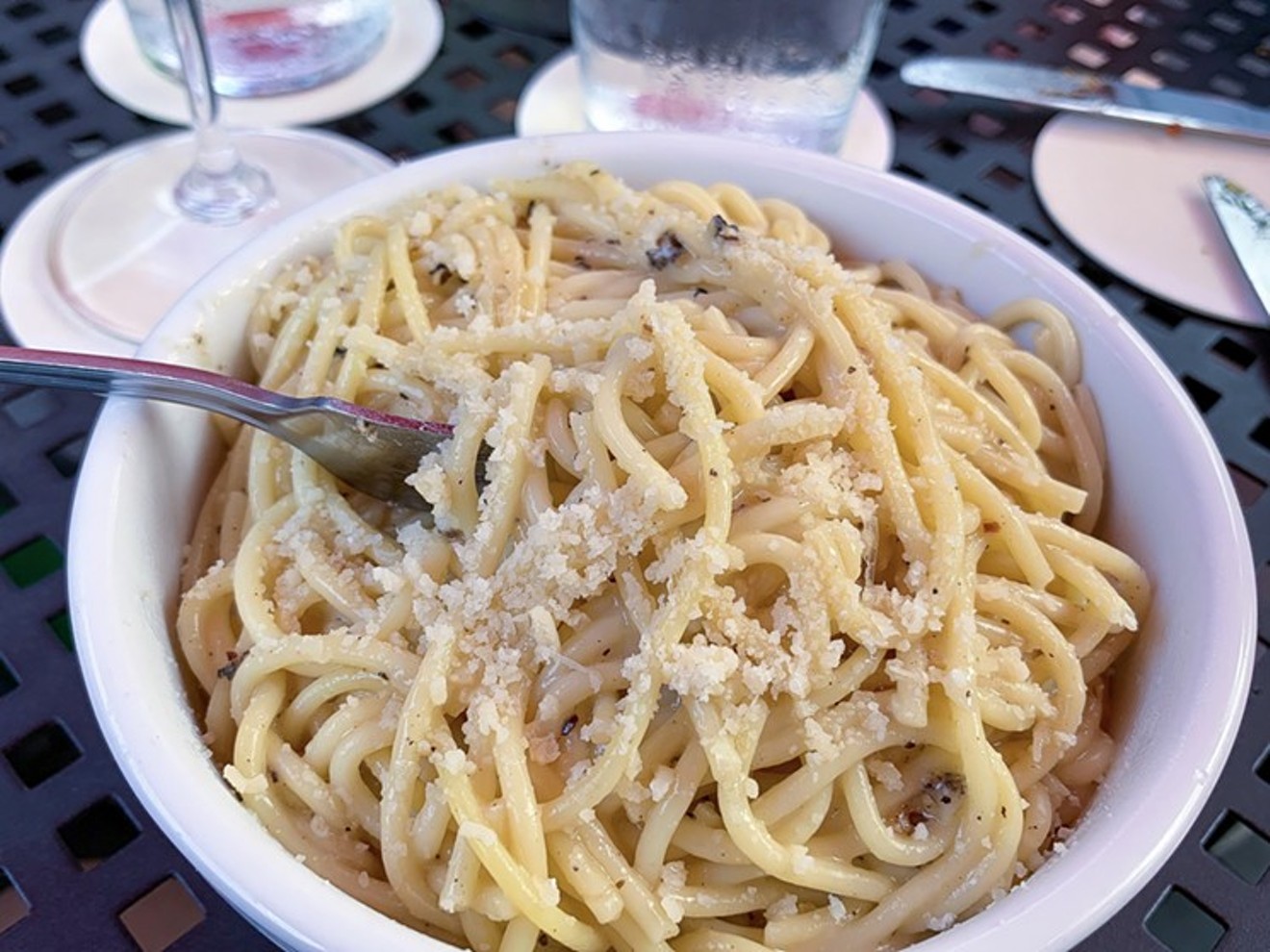 With social distancing being of the utmost importance right now, it’s a good time to make use of that one room you always say you’re going to get to know better: the kitchen, Here, we share a deceptively simple, restaurant-quality pasta dish that doesn’t require much in the way of effort, or in the way of grocery lists.

It’s made with just four ingredients, and it’s known as cacio e pepe, a modern Roman dish that literally translates to “cheese and pepper.”

There’s pasta, of course, too; and an unctuous glug of extra virgin olive oil (or butter!) for oomph.

Typically made with spaghetti — or sometimes its thicker cousin, bucatini — the “cacio” is finely grated Pecorino Romano, a sharp and salty Italian cheese, and the “pepe” is a good-quality, freshly cracked black peppercorn (believe it or not, Costco makes sells a Tellicherry Pepper grinder that this writer swears by).

Perhaps you’ve had the dish around town. Coltivare has pretty much perfected it (as has sister establishment, Night Heron), and I hear chef Ryan Pera uses Tellicherry peppercorn, too. Side note: if you are craving this pasta but really, really don’t feel like cooking, Coltivare does offer to-go orders and pickups via its side door on Arlington.

But back to the pasta. The trick to the sauce is the starchy pasta water, so make sure you reserve some of the water you cook the pasta in. When combined with the spaghetti, it creates a velvety-smooth coating, made punchier by the addition of crushed peppercorn, feathery shreds of Pecorino, and fat.

This go-to recipe from Geoffrey Zakarian ensures you won’t accidentally toss out that starchy gold, because the pasta cooks in about one-inch of salted water, just enough to make the sauce and cook the pasta to a toothsome al dente. The coarse black peppercorns get toasted until fragrant, and it’s tossed vigoriously with the pasta and Pecorino-Romano before being finished with extra virgin olive oil. Make it and feel like you’re dining out, after all.

In a pan just wide enough to hold the pasta, place enough water to fill the pan one inch from the bottom. Season the water with a pinch of salt and bring to a boil. Spread the pasta in the pan and cook over medium-high heat, stirring occasionally to prevent the pasta from sticking together. Allow the pasta water to reduce; do not add more, as you want the starchy water to be minimal when the remaining ingredients are added.

Meanwhile, add the coarse black pepper to a separate small pan over medium heat. Toast a minute or two until fragrant.

Once the pasta is al dente and the pasta water has reduced so only a slight coating remains at the bottom of the pan, turn off the heat and add the toasted ground black pepper and Pecorino-Romano. Stir and toss vigorously until both ingredients are well incorporated into the pasta. Toss in the olive oil and season with salt.

Transfer the pasta to a large bowl and garnish with more black pepper, Pecorino-Romano and extra-virgin olive oil.
KEEP THE HOUSTON PRESS FREE... Since we started the Houston Press, it has been defined as the free, independent voice of Houston, and we'd like to keep it that way. With local media under siege, it's more important than ever for us to rally support behind funding our local journalism. You can help by participating in our "I Support" program, allowing us to keep offering readers access to our incisive coverage of local news, food and culture with no paywalls.
Make a one-time donation today for as little as $1.