A Festival Brings All Things Brunch To Downtown Houston 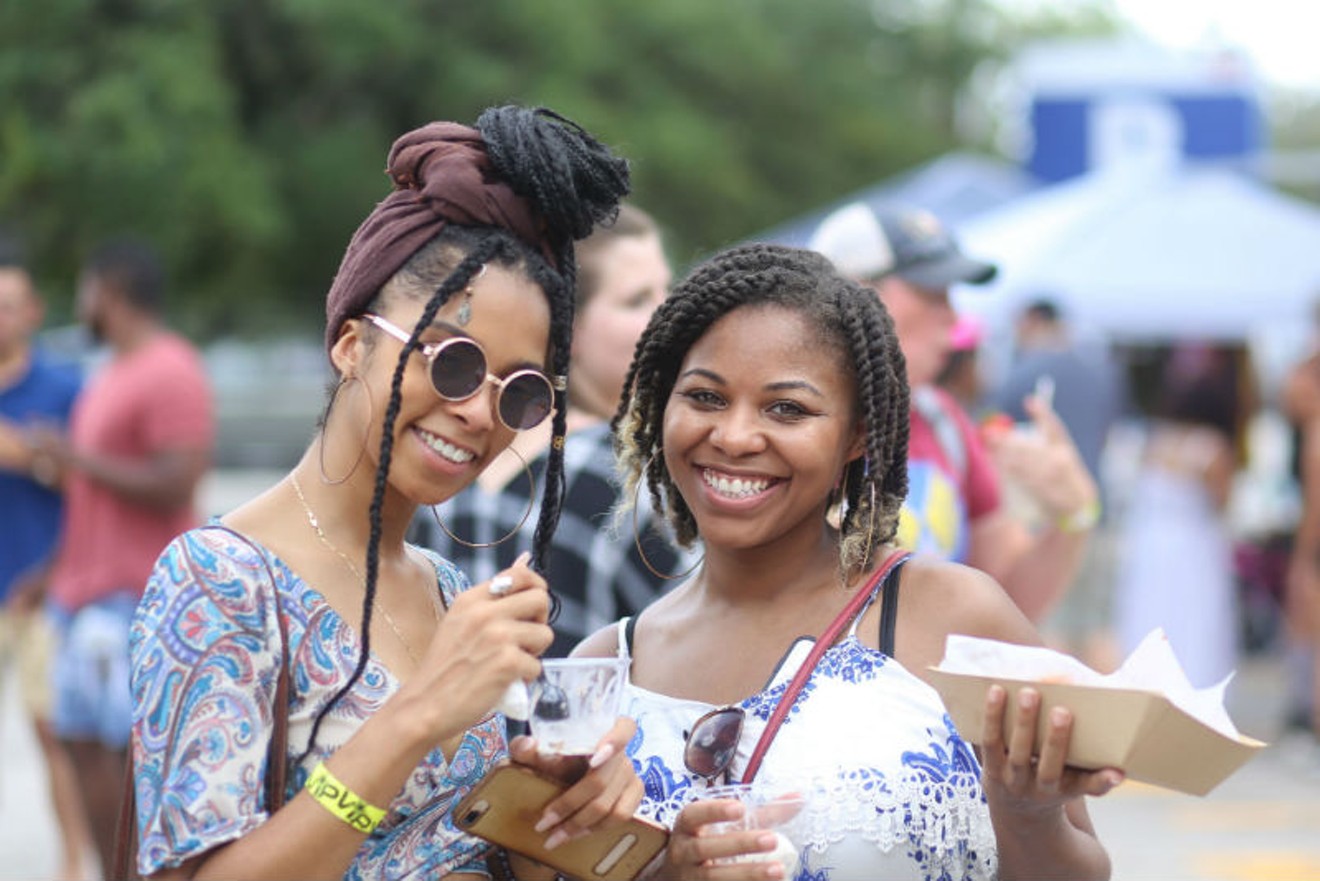 The parking lot of Isles Eatery & Rhum Bar on the corner of Pease and Crawford was bustling Saturday afternoon despite the almost unbearable heat as patrons tried to pick which food entrees they wanted to taste next. People stood in line sampling food and smoking cigars as they waited for bartenders to pour glass after glass of mimosas.

The first annual Houston Brunch Fest brought together more than 20 chefs, vendors, and food trucks to celebrate the meal that combines breakfast and lunch. One of the event’s organizers, Chef Jacklyn of Houston Hampton’s VIP Lounge, sat down with the Houston Press to explain why they were bringing the event to the city.

"I was approached after I did the Southern Fried Chicken Festival. The group putting this festival together saw how successful that was and so they brought me and my partner on board to make this as successful. So far everything is going great and people are really enjoying the food. This event has no entertainment because it's all about the food... and bottomless mimosas!"

Headphones were available for those who wanted live cooking tutorials.
Photo by Doogie Roux
Music was provided by a set of rotating DJs, including some notable names like Donnie Houston. and there were only a few points where the parking lot fell silent. The rest of the event was focused on all things brunch. Those that wanted to get away from the music and focus on the food were given headphones which broadcast live cooking tutorials provided by Chef Jacklyn. There was even a cigar stand that had a pretty long line. While some might do a double take at the idea of cigars being involved with a brunch, Eric Green has a different opinion.

"Cigars are a thing that have been around for a long time and you can have a cigar at any point of the day. We even carry cigars that are suited for breakfast because they're so mild and smooth. So that means you can have your bacon, egg and toast…and have a cigar right along with it."

Ultimately the focus of the event was connecting Houstonians with established as well as up and coming caterers and restaurateurs.

The husband and wife duo, Briana and Travis Holden, of The Official Sweet Life were invited to the festival and brought their southern cuisine. Briana Holden explained why events like this are important to local restaurants and catering companies.

"We love this environment. We love the people. And we're just really impressed with the events. There was a really great turnout and we’re really happy that we were invited. Everybody looks good and everybody's eating good." 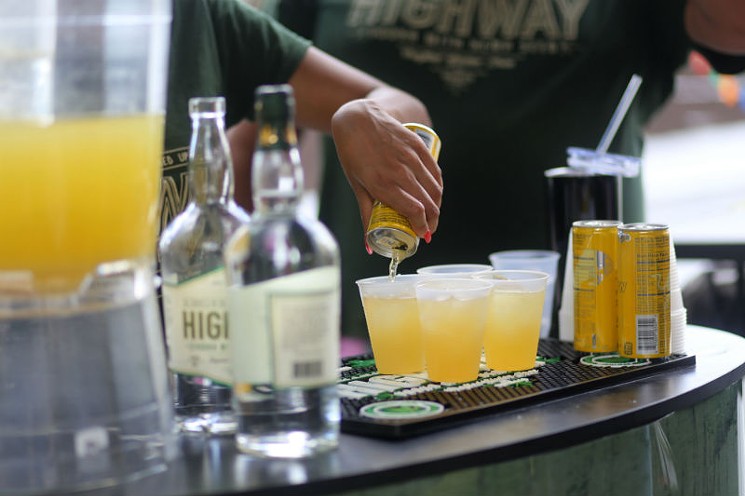 The heat made for a thirsty day.
Photo by Doogie Roux
KEEP THE HOUSTON PRESS FREE... Since we started the Houston Press, it has been defined as the free, independent voice of Houston, and we'd like to keep it that way. With local media under siege, it's more important than ever for us to rally support behind funding our local journalism. You can help by participating in our "I Support" program, allowing us to keep offering readers access to our incisive coverage of local news, food and culture with no paywalls.
Make a one-time donation today for as little as $1.