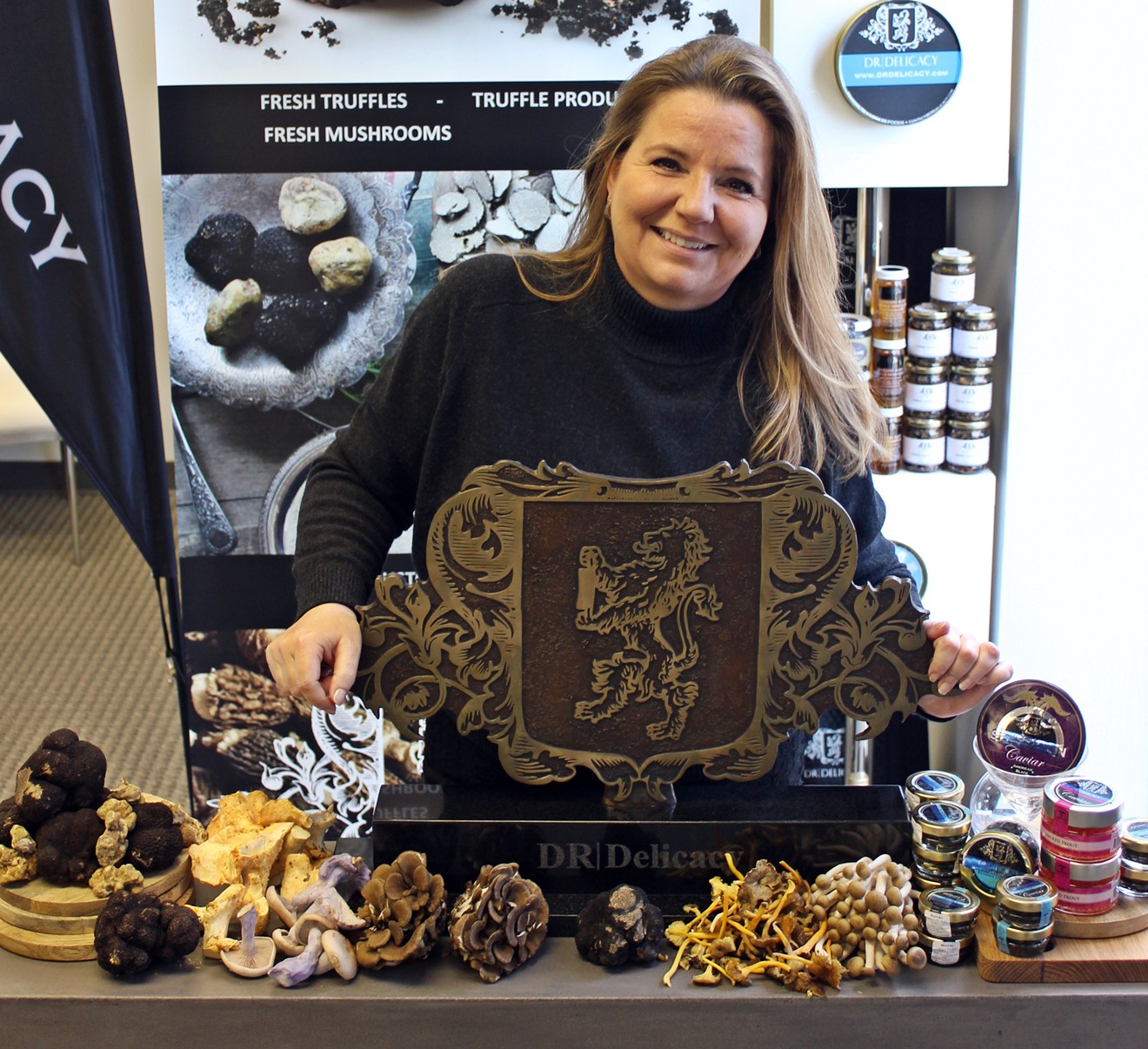 Diane Roederer of DR Delicacy Photo courtesy of DR Delicacy
Diane Roederer has been importing European delicacies to Houston for the past four years. In that short time her company, DR Delicacy, has become the city's premiere, direct-source supplier of French, Spanish, and Italian truffles, mushrooms, and caviar, along with a growing inventory of luxury food products.

Four years ago, two months after she launched her company, Diane hosted the first annual Truffle Masters competition. Since then, the event has become a major culinary event and its famous truffle trophy has become a respected accolade for local chefs. Recently, Roederer took time out of preparations for the fifth annual Truffle Masters to speak to the Houston Press about her company and how she became Houston's Truffle Queen.

Nearly five years ago when Roederer was on a big game hunting trip to Spain, the owner of the hunting estate she was on placed a jar of truffles in front of Roederer and asked if she knew what they were. "I said, 'of course, I'm French!'" she recalls with a laugh. The estate owner asked if she was interested in importing them for him. Diane gave her an emphatic yes.  "In America I learned to always say yes first, then figure out how. So I said yes." 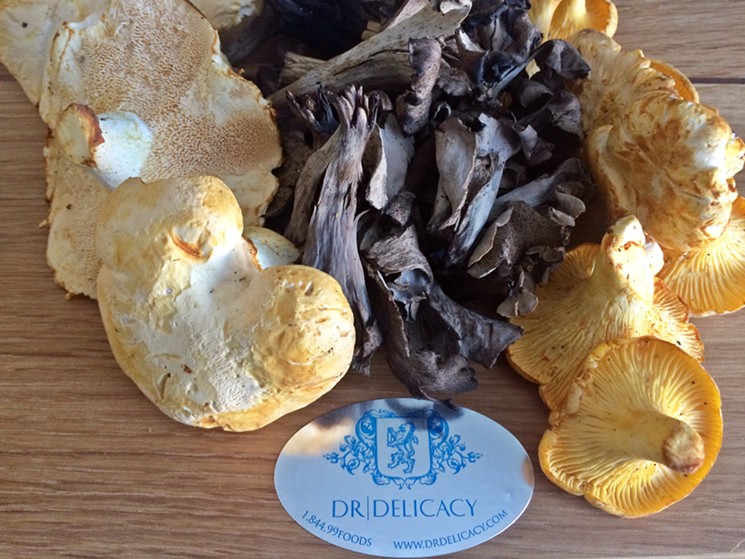 Girolle, Hedgehog, & Black Trumpet mushrooms
Photo Courtesy of DR Delicacy
Her American cavalierism paid off. Today she runs her booming business out of a commercial space that serves as both office and warehouse. She manages her own staff, is building product partnerships in both Texas and France, and hosts an exclusive yearly cooking competition that has made her company a household name among chefs and restaurants.

DR Delicacy's most crucial advantage over its competition is the availability of its goods. "The big difference is we are here locally and we actually have the stock," she explains.

Because of her locality and her sprawling storeroom, Roederer can provide rare imported delicacies to her commercial and private customers on an as-needed basis. Whereas chefs in the states once waited for shipments of fine caviar and rare mushrooms, Diane's clients can step into the walk-in fridge in her Heights offices and walk out with boxes full of the world's finest delicacies. 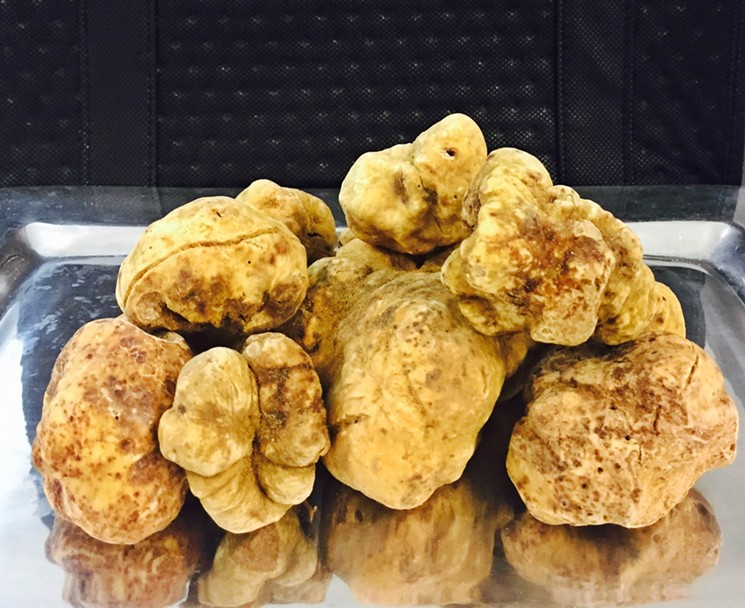 The elusive white truffle
Photo Courtesy of DR Delicacy
While commercial clients seem to be her bread and butter (she moves roughly 400 pounds of fresh mushrooms on a good week), Diane's business is growing its private customer base and is expanding its line of commercial products. Her private label truffle oil is available on shelves in local Central Market locations, and the French entrepreneur is in talks with a Tomball pasta maker to create a line of wild mushroom-infused dry pastas.

Having learned the ropes of the import/export industry, Roederer will soon reverse her business model and begin exporting Texas pecan oil back home to France.

On top of all this, the business is also focused on its upcoming fifth annual Truffle Masters on January 28, 2019. The competition will change venues this year and will be hosted in The Revaire off Old Katy Road. The new 1,500 person venue will play host to the largest Truffle Masters to date. Twenty-five of the city's best chefs will create truffle-infused masterpieces for the event, which will benefit Second Servings of Houston.

To learn more about the Truffle Masters event and to buy tickets, visit thetrufflemasters.com. General admission starts at $95.

To learn more about DR Delicacy or become a client, visit drdelicacy.com or stop by their Houston offices at 4120 Directors Row a.
KEEP THE HOUSTON PRESS FREE... Since we started the Houston Press, it has been defined as the free, independent voice of Houston, and we'd like to keep it that way. With local media under siege, it's more important than ever for us to rally support behind funding our local journalism. You can help by participating in our "I Support" program, allowing us to keep offering readers access to our incisive coverage of local news, food and culture with no paywalls.
Make a one-time donation today for as little as $1.