We are lucky enough to know of Wood­lawn's superiority over most local cemeteries not because we were clients, but because of a high school assignment to collect a "romantic" gravestone rubbing. The assignment wasn't easy. We went to the oldest cemetery, where stones — if they said anything at all — said stuff like, "Died valiantly, fighting women's right to vote." No luck. We went to ethnic cemeteries, where people left shrines with food and cigs (both presumed to be contributing factors to the deaths). Nada. Finally, we hit pay dirt (sorry) with Woodlawn, where there are inscribed poems and pictures — laser cut onto the stones, no less! — and even a few bronze monuments to what might be the greatest love of all: a boy and his guitar. Rock on, Woodlawn!!

The foundation supports the Children's Assessment Center, which provides medical, psychological, forensic and therapeutic services to aid in the healing of sexually abused children and the prosecution of their attackers. Charity Navigator has bestowed its highest (four-star) rating on CACF, stating that 89.2 percent of the funds go toward program expenses, with 10.7 percent for administrative and fund-raising costs combined. Support from the foundation has allowed the CAC to win state and national awards for its mission to help heal these most tragic of victims. If you're looking for a worthy cause, we strongly suggest you check out the foundation — it may be the most rewarding thing you've done in a long time.

Houston is a town full of swaggering lawyers making big headlines. And many of them deserve the accolades they get. But let's not forget there are also a bunch of lawyers here who stay out of the spotlight and just do good work for their clients. Dayle Pugh, of the firm of Bateman & Pugh, is one of those. A specialist in corporate law, he's more interested in finding solutions to problems than he is in running to the courthouse and running up bills. You don't need a GPS device to track him down in an emergency, and when you get him on the phone he ­doesn't filibuster his way to more billable hours. He may not show up in the papers talking about big-bucks class-action suits, but if what you're looking for is a talented, dependable attorney to handle your legal and litigation issues, he's the guy to get.

Still adapting to the Internet age, newspapers everywhere are emphasizing more localized coverage. Few do local news as well as the West University Examiner, which excels in identifying crime patterns, explaining development deals and crafting human-interest profiles. And, in the age of Craigslist, it's one of the-few rags out there still worth perusing for its classifieds section. Garage sales, ­anyone?

For ten years, the City of Houston has been in federal and state courts defending its ordinances against so-called "gentlemen's clubs," places where gentlemen ogle women who are (depending on who you talk to) either a) single-mom grad students working towards their MBAs, or b) cokeheads. Earlier this year, U.S. District Judge Nancy Atlas upheld large parts of the ordinance, meaning the city can get to work enforcing it. Which means all the hypocrisy and self-righteousness that this issue tends to bring out, on both sides, will once again be in full display. City officials will try to pretend that Houston is known, among convention-goers, for something other than strip clubs (we're guessing there are more attendees of the Offshore Technology Conference spending time at Rick's than taking tours of NASA). Lawyers will get rich defending the right for businessmen to be idiots. And best of all, the "three-foot rule" and other aspects of the law will once again inspire the brightest minds in the stripping business to find loopholes. Let's get it on!

You're a Democratic state senator. The Republicans have proposed a bill that you think strikes right at the heart of the democratic process. It'll pass without your vote against it. The trouble is, you've just had a liver transplant and are pretty damn sick. What do you do? If you're Austin veteran Mario Gallegos, you bring a hospital bed into the Capitol and don't give up until the bill dies. That's what happened with the dramatic struggle this session over the Voter ID bill, which would have required anyone wishing to vote to produce a driver's license or state-issued identity card. Gallegos has been a bit of a hack during his tenure, but he definitely had his one shining moment this year.

Houston is a city hell-bent on tearing down every building that is the slightest bit old. Sometimes that can be a good thing: A year ago we were finally able to see the death throes of the Houston school district's Stalinesque headquarters. As the booms crashed into the walls, you could almost see the wisps of bureaucratic ghosts flying away (unfortunately, probably a few miles north to the new headquarters). Never again would parents or advocates have to risk getting forever lost in the maze-like setup that could only have been designed by a sadist. No longer would speeches in the lobby be lost to the atrocious acoustics. The new HISD headquarters is an anonymous office-park mediocrity, but it still beats the old building. Good riddance to bad rubbish, as the Limeys say.

Sure, most people think this award should go to some city official or corporate PR person, but you'd be surprised how hard it is to find a good publicist in the art world. Our entertainment desk is thankful there are folks like Jimmy Castillo of Lawndale Art Center, who is always quick to return a phone call and send over the information needed to finish a story immediately. We're sure Castillo has plenty of people at Lawndale to thank for making him such a valuable PR tool (especially because his official title is assistant director), but hey, somebody has to take the credit. 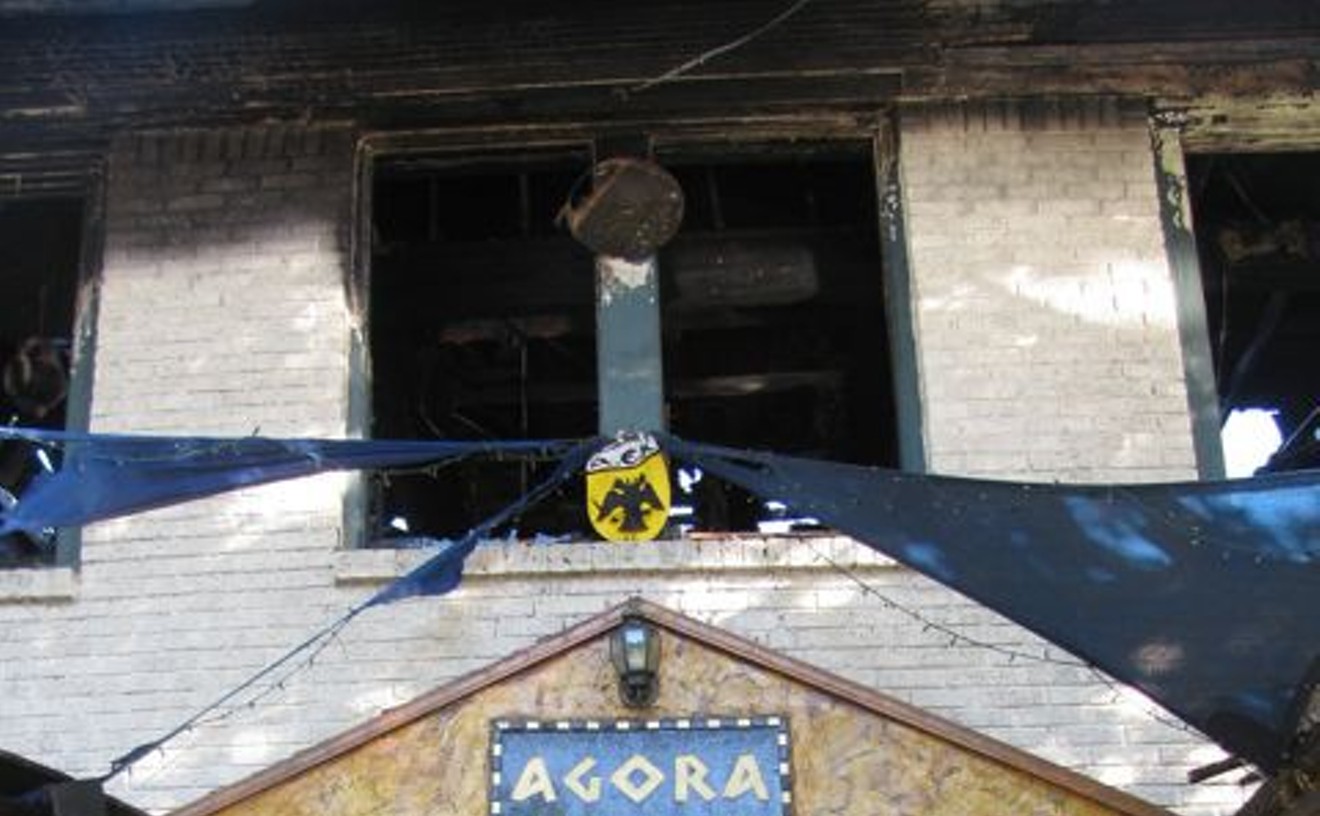 This Greek-themed coffee shop and wine bar is like a posh library during the day. Students quietly type away on laptops while sipping on assorted coffee drinks. The large two-story building houses all sorts of Greek relics among the scattered tables and couches. And if you feel like a quiet evening alone surfing the singles on MySpace, well, you can just come in here after dark and do that while sipping on some wine and nibbling on the cheese plate. Most importantly, nobody is going to bug you to leave or to buy another cup of coffee.

In a haunted house, youre worried about a lot of things jumping out at you, but a car is not usually one of them. This is how ScreamWorld caught our attention. (Read: made us pee our pants.) The haunters teamed with Scion to set up actual vehicles that come to a screeching halt right in front of whoever dares brave the halls. But its not all headlights and horns at this monster-filled monstrosity; every corner yields something new, and youll definitely feel like the ticket price and wait in line were worth it. Owners Jim Fetterly and Mike Darling have been in the business for more than ten years and have mastered every aspect of it, from the wait in line to the girl with the dead baby in one hand and the machete in the other. Seriously, rehydrate yourself after you leave.