Catalan and the Bayou City

A distinctly Houston cuisine is emerging 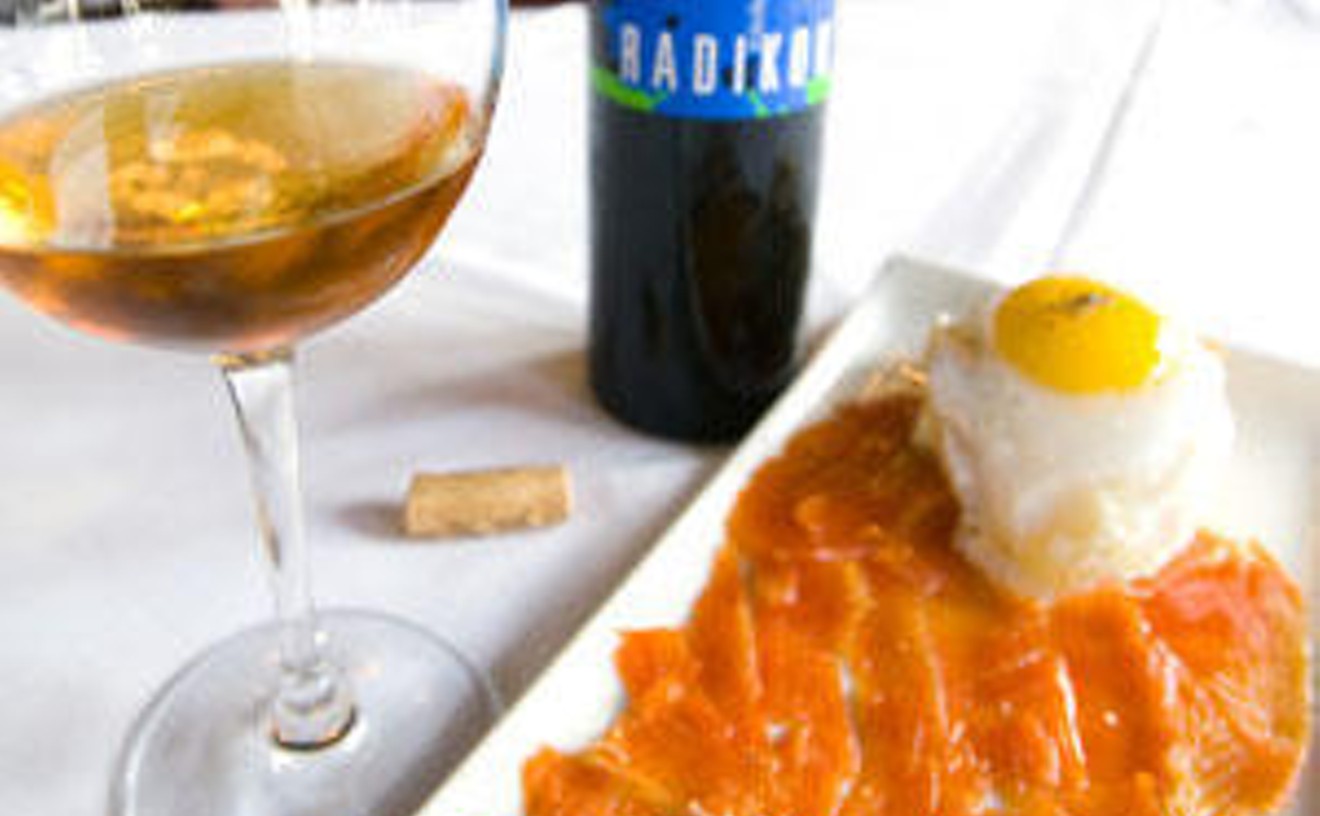 When Chris Shepherd first took the helm at Washington Avenue's Catalan, he kept his menu closely aligned with the region for which the restaurant was named, Spain's Catalonia. "I felt I needed to focus on doing Spanish-influenced items," he says. The decision earned him a lukewarm response from diners and critics. Sure, the dining room was lovely, the wine list from sommelier Antonio Gianola was outstanding and the food was good — Shepherd, formerly of Brennan's, certainly can cook — but things at Catalan just didn't click.

"After a certain point, it didn't make sense," says Shepherd. "I realized that what it really should be is a look into our city." And so Shepherd began to play around with the idea of what a distinctly Houston restaurant might look like.

That vision can now be seen rather clearly on the "Street Food" section of Catalan's menu, with its clear shout-outs to the ethnic groups that populate Houston: Mexican, Thai, Vietnamese, Chinese and Korean, as well as hat tips to the restaurant's beginnings and geographic location, with Spanish street food and I-10 East street food, respectively. Oxtail spring rolls, sweetbread tacos — these aren't necessarily an easy sell, but Shepherd insists that pushing his diners out of the box is precisely the fun and challenge of his job.

"You keep pushing and pushing, and they'll go for it, they like it! Ten years ago, when I was at Brennan's, to put foie gras on something was hard — now look at things." The evolution of the Houston dining palate and vocabulary is reflected in one of the many quirks on Catalan's menu, the line item that reads, "add seared foie gras (to anything and we do mean anything)."

Shepherd has taken his knowledge of dishes commonly found far outside the Beltway and presents his interpretations of them to a crowd that may not often head out to taco trucks on Long Point or dim sum dives on Bellaire. "Maybe it gets them to go there," Shepherd muses. "Part of what I want to do is educate somebody — you have this in your own backyard, you can go find these things."

Catalan's transformation into a distinctly Houston restaurant has also meant a shift towards local farmers, growers and fishermen. "You have to look at what's available and go from there," Shepherd insists. He conceptualizes his menu from the ground up, with only 20 percent of what he offers going the other way. "It's not the easiest thing to do," he admits, "but as chefs, I think it's our responsibility to do it...I can give you food that was in the field yesterday, this morning, even."

When available, the restaurant's "Sandbox Tasting," at $80 a person, is a showcase of Houston-area meat, produce and seafood. On a spring visit, Gulf oysters, deep-fried snapper, Asian-style vegetables and various cuts of a heritage pig raised nearby did indeed make dinner feel like a playground.

And so does Catalan's new happy hour, with an irreverent menu that changes weekly — fried bologna sandwiches? Hand-battered hot dogs? A $5 bone marrow service with Galveston salt? "It's called happy hour, you know? I thought it should be fun."

If you ask Shepherd, he'll tell you that, from his view, the Houston dining scene is "going to blow up." With chefs like him, it seems that Houston is well on its way to becoming its own food city, with diverse influences, a laid-back vibe and an eager dining constituent, thrilled to be eating here and not New York, L.A. or Chicago.