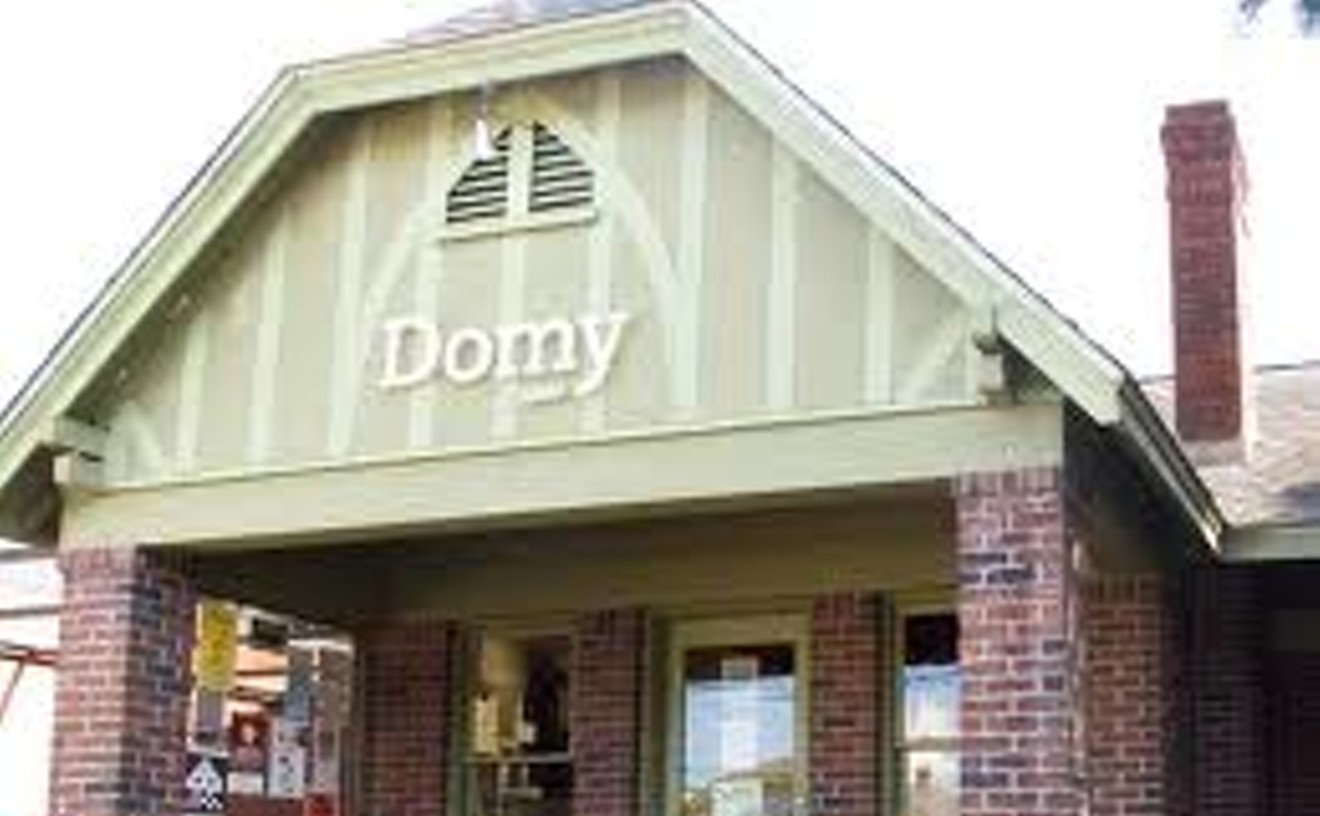 Every time we've been to Domy, we've been turned on to a book or author we'd probably never come across in one of the chain bookstores. Listen, Borders and the like obviously have their place, but sometimes you need something truly different, something that can only be had from indie publishers and off-the-beaten-path authors. And mixed in with the esoteric selection are inspired art exhibits and film series that make a visit to Domy a lot more memorable than yet another hike to the strip mall for one of those cookie-cutter box stores. Plus, you'd be supporting local artists while expanding your literary horizons. Not bad for a little bookstore.

19th Street in the Heights

Houston is practically the capital of soulless strip malls, and if you spend much of your life in the car, crawling along the freeway on your commute, it's easy to think that the commercial landscape is all one giant eyesore. The cure, then, is to get out of the car and see that there are still pretty, funky, quirky neighborhood business districts in the Bayou City. One of the best is 19th Street in the Heights, with vintage clothing shops, antique shops, cafes and other non-chain storefronts that offer a respite from the countless big-box stores that spread like kudzu throughout the city. You don't even have to buy anything; just enjoy a leisurely stroll up and down the sidewalk and take in the view. It's a view you won't get anywhere else, and that's precisely the point.

As a young woman, jewelry shop owner Robin Lindberg was dubbed the Queen of Heirs when she inherited a trove of estate jewelry from a wealthy aunt in New Orleans, the sort of woman who would assuage the travails of a bad day by spending $5K on a ring. Years of training and education later, Lindberg used that windfall as the cornerstone inventory of her now-thriving downtown Bellaire shop. (The little pink house on Locust is her second location.) Estate jewelry is Lindberg's passion, and it shows — and not just in the fairly priced wares in her meticulously curated display cases. Even on days she's suffering from a migraine, Lindberg's eyes light up when talking about, as she frankly terms it, "dead people's jewelry." And somehow, it seems more romantic to buy your loved one a ring from a marriage that lasted until death did its part rather than one that is new and untried. (Plus, in buying vintage or antique stones, you fair-trade types don't have to worry about that whole blood-diamond nightmare.) And as with Cadillac cars, heavyweight boxing champs and sweet soul music, engagement rings are one of those things they just don't make like they used to. 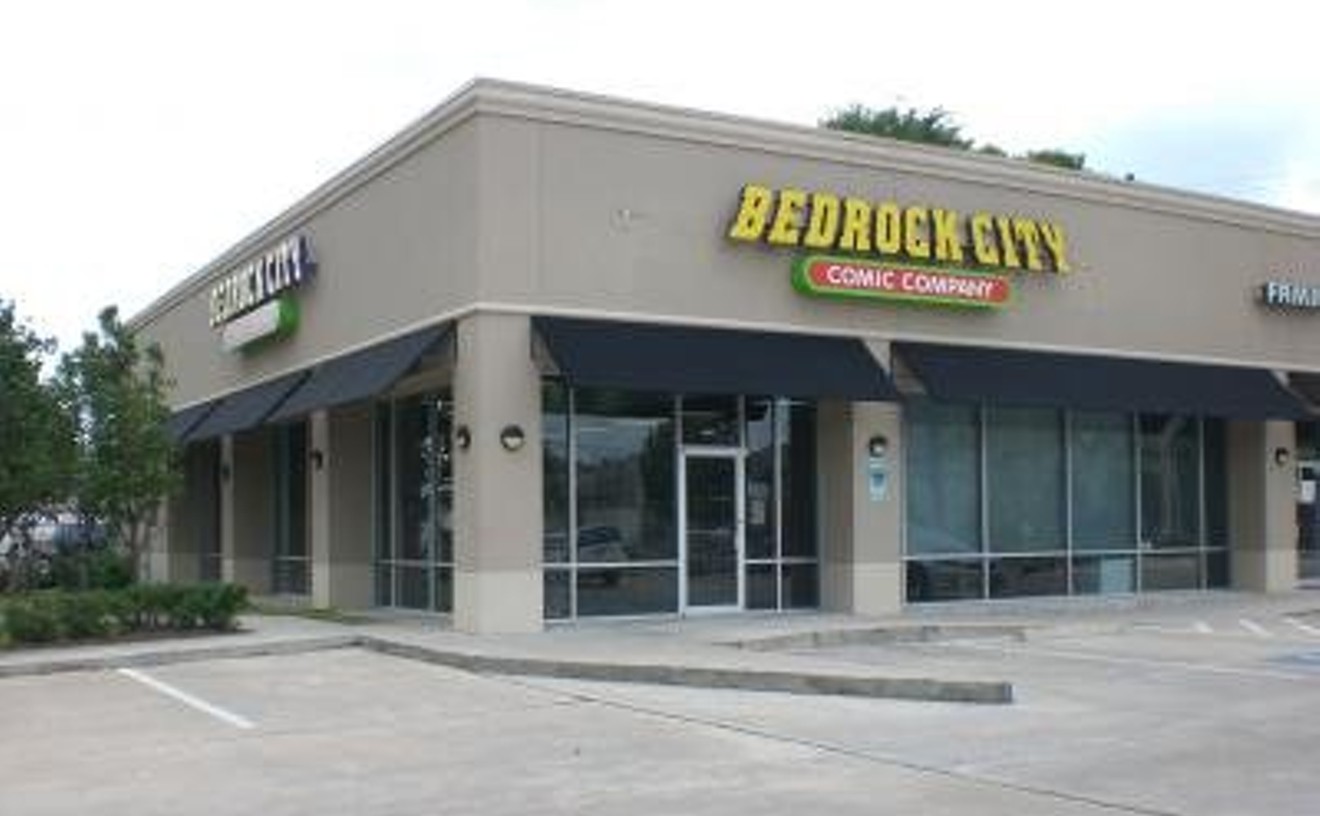 Bedrock City Comics boasts four Houston-area locations, covering every comic book devotee from Clear Lake to FM 1960 and all points in between with stacks and stacks of inked tales. There's also a selection of collectibles in each store that will make your inner child salivate with glee, and the online store is also addicting. Right now we have our eyes on a vintage Batman toy. We can skip rent if what we buy with the money is cool, right? Be sure to join the membership roster to get discounts and sneak peeks at new stuff. It's like being in the Justice League, only your superpowers are saving money. It may be a drive for the average Inner Looper, but to vinyl fetishists and people looking for undiscovered gems, North Houston's Vinal Edge is a worthy weekend road-trip destination. Just be sure to save some dough for gas money. Housed inside a nondescript shopping center on Veterans Memorial are thousands of LPs, discs, posters and other assorted musical nuggets ready for your plundering. Texas singer-songwriter Daniel Johnston is a devoted shopper here, sometimes trading a few of his new art pieces and drawings for a handful of records. If you can't make the drive, the entire inventory is also online.

Say you have a pet in crisis, or one with special needs — maybe an elderly rescue fraught with medical problems, some of which require surgery. Forget all the Aggie jokes you've ever heard or told and head straight to the Small Animal Clinic at Texas A&M, where on any given day, Houstonians can be found in the waiting room. It's a drive, but not much more so than across Houston during rush hour. It's also expensive, but this is the place that trains all the other vets, so why not go straight to the source? (You can pay it out, and they're not profit-crazy.) The neurological team is stellar — our precious bundle was walking the day after spinal cord surgery. Precious Bundle is still walking, by the way...and running, happily. The slogan at The Guild Shop is "Resale at Its Best," and we doubt that any city has a better resale shop than this Montrose gem. The store is run by St. John the Divine Church, and if you're looking for some cool used furniture, this place really can be heaven. From flea market rough to museum quality, The Guild Shop has it all. Some pieces are a bit expensive, like the vintage leather couches or bamboo chairs, but the selection is big enough that you can find what you're looking for on any budget. 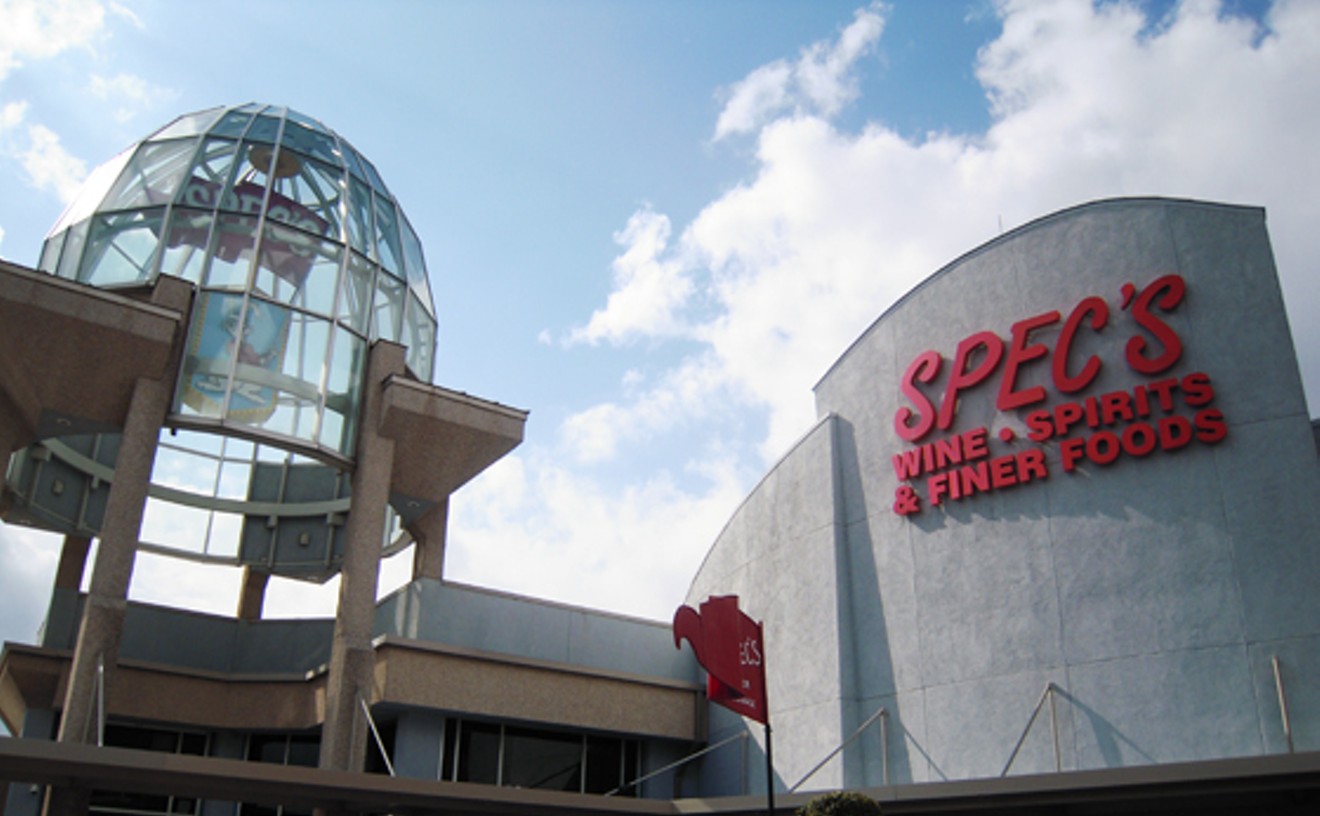 The massive Spec's near downtown might be the one must-see destination in Houston. While the "water wall" at the mall or the fountains by the hospitals are probably more photographed, Spec's, a liquor store, is the place everyone seems to take out-of-town guests when they visit Houston. Apart from the huge liquor selection, there's deli food, chocolate, cigars, coffee and a great beer stock. The in-store wine specialists can help you pick out a bottle that's sure to impress your friends, but even if you're not in the drinking mood, just swing by and pick up a souvenir.

"Everyone is welcome here — from the über-crafty to those who can't pick a sewing machine out of a lineup," the Sew Crafty Web site states. And the folks there mean it. Sew Crafty is as much about community as craft; that's why they host the monthly Crafty Cocktails gathering, as well as offer classes in sewing, knitting, crochet and screen-printing. There's a sewing lounge equipped with six Janome Sew Precise machines, so you can use the shop's hardware to work on that long-term project you've been putting off. They also can host private parties and baby/bridal showers. The gals behind Sew Crafty don't consider this just a paycheck; they have a passion for this stuff, and that makes for a warm, friendly, fun environment. 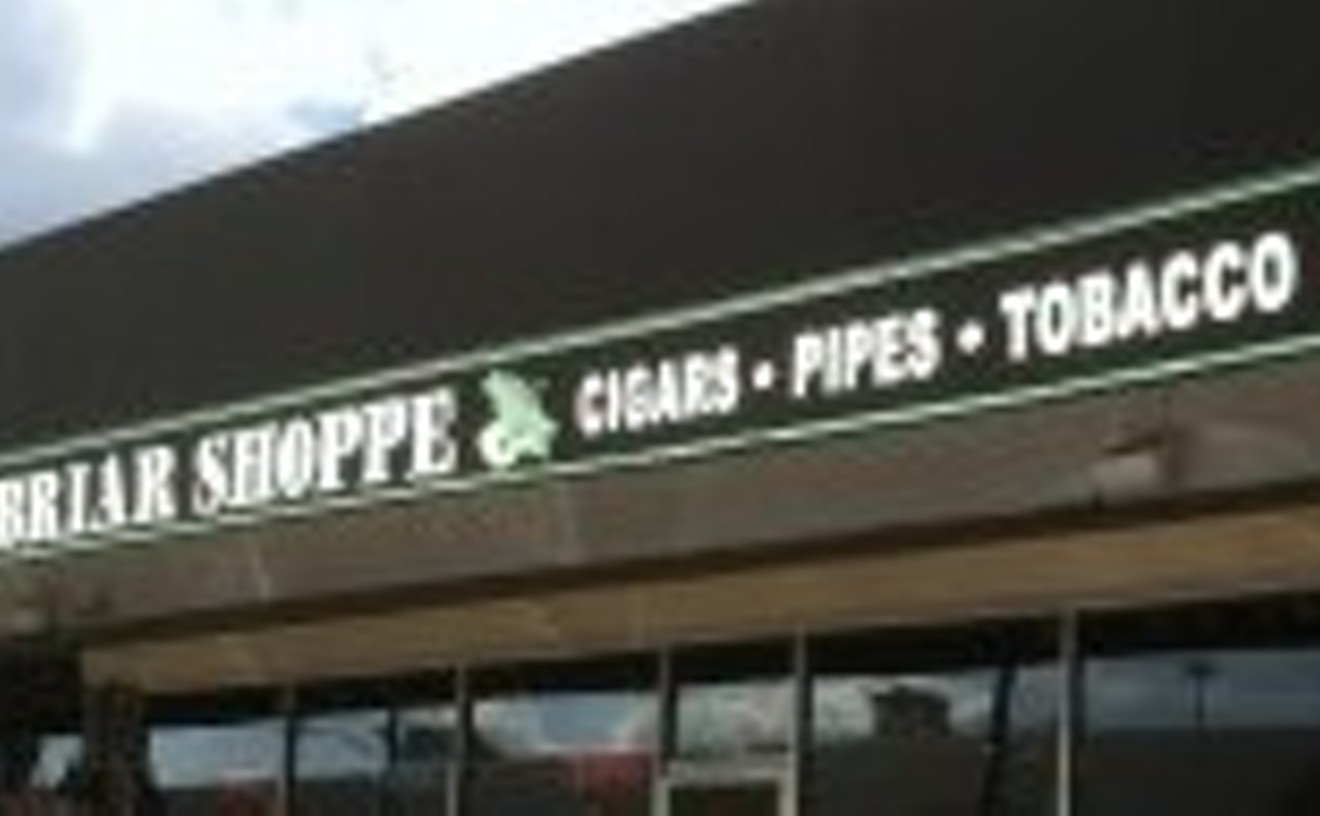 If smoking cigars were as popular as drinking booze, then the Briar Shoppe would rank up there with Spec's as a Houston institution. In fact, it probably already does. The Briar Shoppe has been a Rice Village fixture for close to 50 years, and each year, the place keeps churning out a great selection of cigars. Even better, in an industry that's full of machismo, the Briar Shoppe is run by women. Even if cigar smoking isn't your thing, this place should be on everyone's to-do list in Houston.