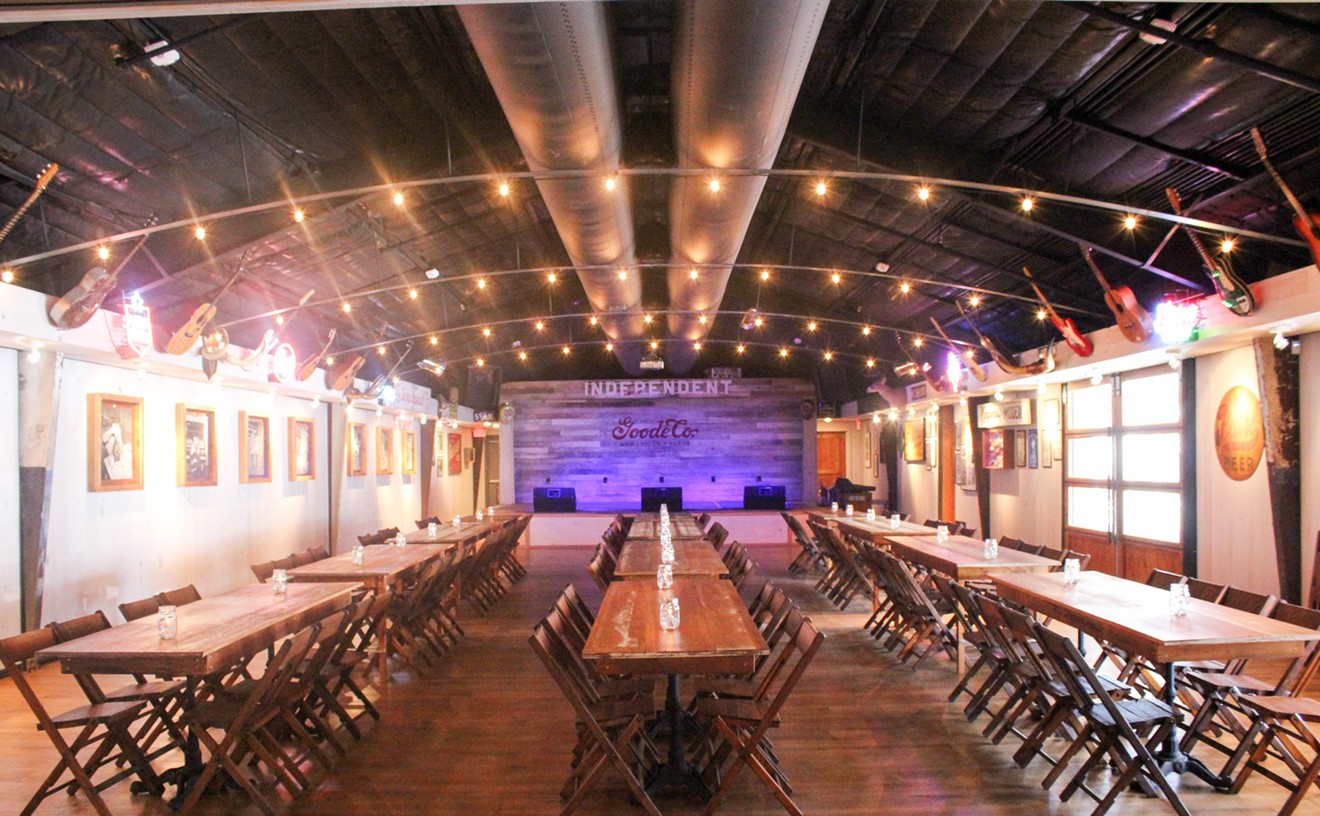 Once common, honky-tonks in Houston have largely gone the way of the pay phone. Seems the corner beer joint doesn't have much to offer an age of craft breweries, artisan cocktails and Internet jukeboxes. But for live country music at least, some of that honky-tonk spirit lives on in the capable hands of a family long known as premier stewards of Texas cookin'. The Goode Company's Upper Kirby restaurant, its dining room appointed like an old-school oilman's den, has been a popular spot to soak in Lone Star culture since 2004, but after a recent renovation the Palace is finally serving up live music as more than a side dish. Plowing under a parking lot to make way for a spacious biergarten-style patio, the owners also installed a small-ish stage that this year has hosted silver-haired legends Billy Joe Shaver and Joe Ely, and budding stars Bart Crow and Sam Riggs, just to name a few, with many more to come. Best of all, there's little danger of getting hit by a flying longneck here; some things can safely stay in the past. 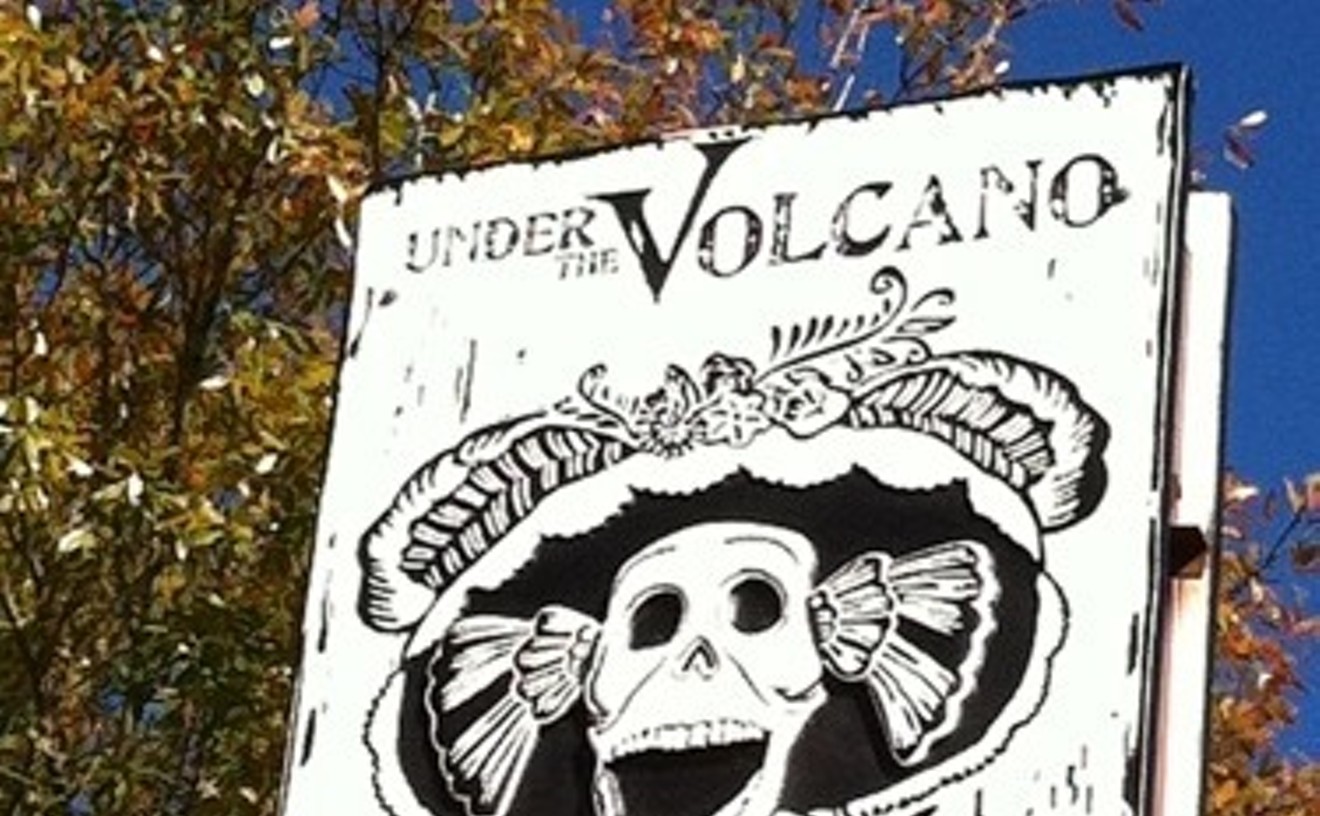 It's a little bit Tex Mex. It's a little bit rock and roll — there are live bands and even a Mod dance night — but one thing is for certain: Under The Volcano is a totally laid-back bar that draws in all kinds of folks, whether for an evening margarita or a late-night shot of mezcal. The very much Day-Of-The-Dead-themed neighborhood watering hole, named for the 1947 novel by Malcolm Lowry, offers a great selection of frozen drinks, a food menu including sandwiches, tacos, and chips and salsa, and a great list of beers and liquor to pull from for all the shot-and-a-beer lovers out there. When the weather dips, hit the covered deck or the front patio (the smoker's delight) to chill, and don't miss the killer Steak Night every Monday from 6 to 9 p.m. 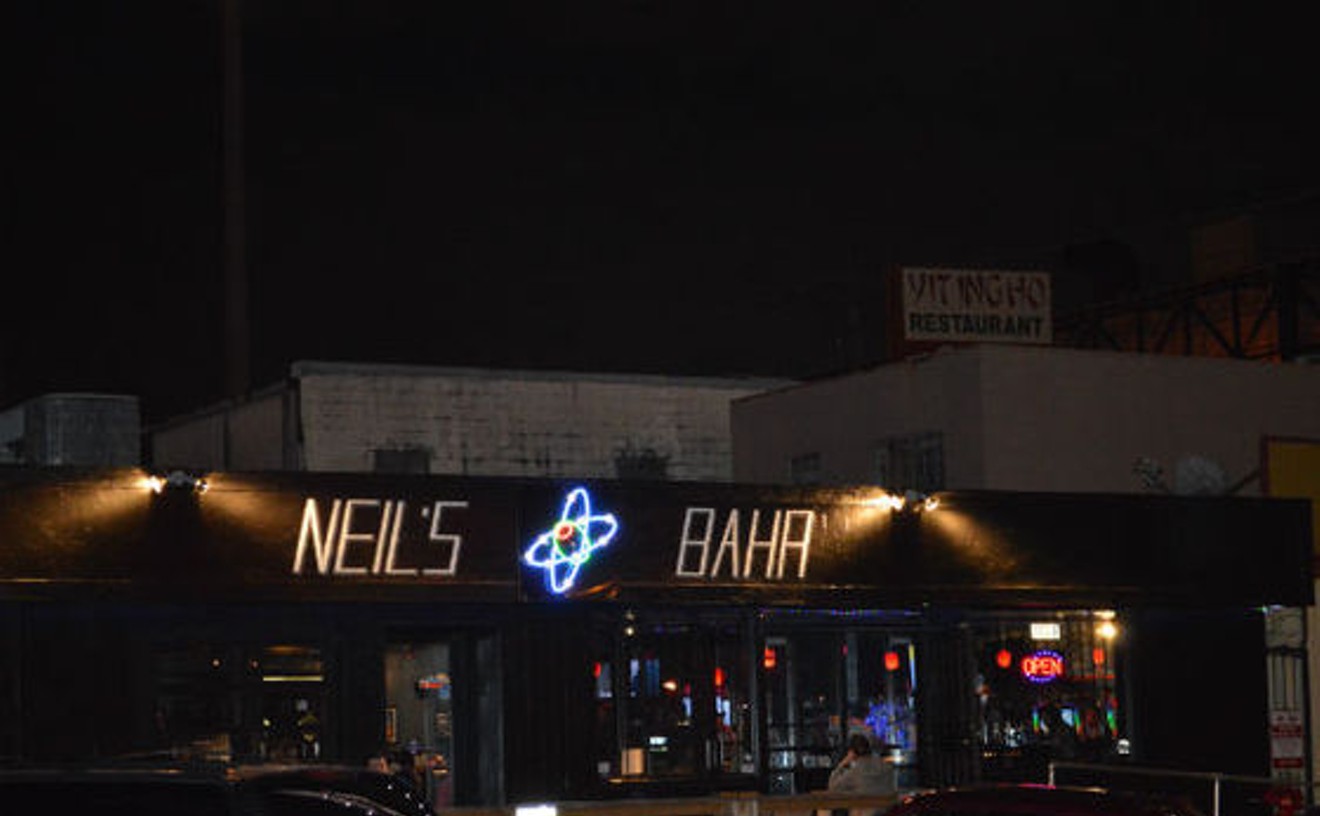 A haven for gamers, comic book aficionados and Simpsons lovers, Neil's Bahr is the place to be for those with a competitive streak and a soft spot for the '80s and '90s. On any given night at Neil's, you're likely to find The Simpsons playing on a TV behind the bar, The Cure on the speakers and people gathering around the TVs where the Nintendo is plugged in, yelling at their friends to go faster. It's the kind of bar where you'll likely end up befriending strangers, whether because someone challenged you to a ping-pong game or asked to join a round of Cards Against Humanity. The East Downtown bar boasts old-school game systems, including Nintendo 64 and Super Nintendo, with classics like Super Smash Bros., Mario Kart and Street Fighter, and video-game tournaments are held every Tuesday night. All the arcade games — three custom-made machines that offer dozens of classic options — are free. And for those who don't care much for gaming, card and board games like Pokemon-themed Monopoly and Trivial Pursuit are up for grabs. 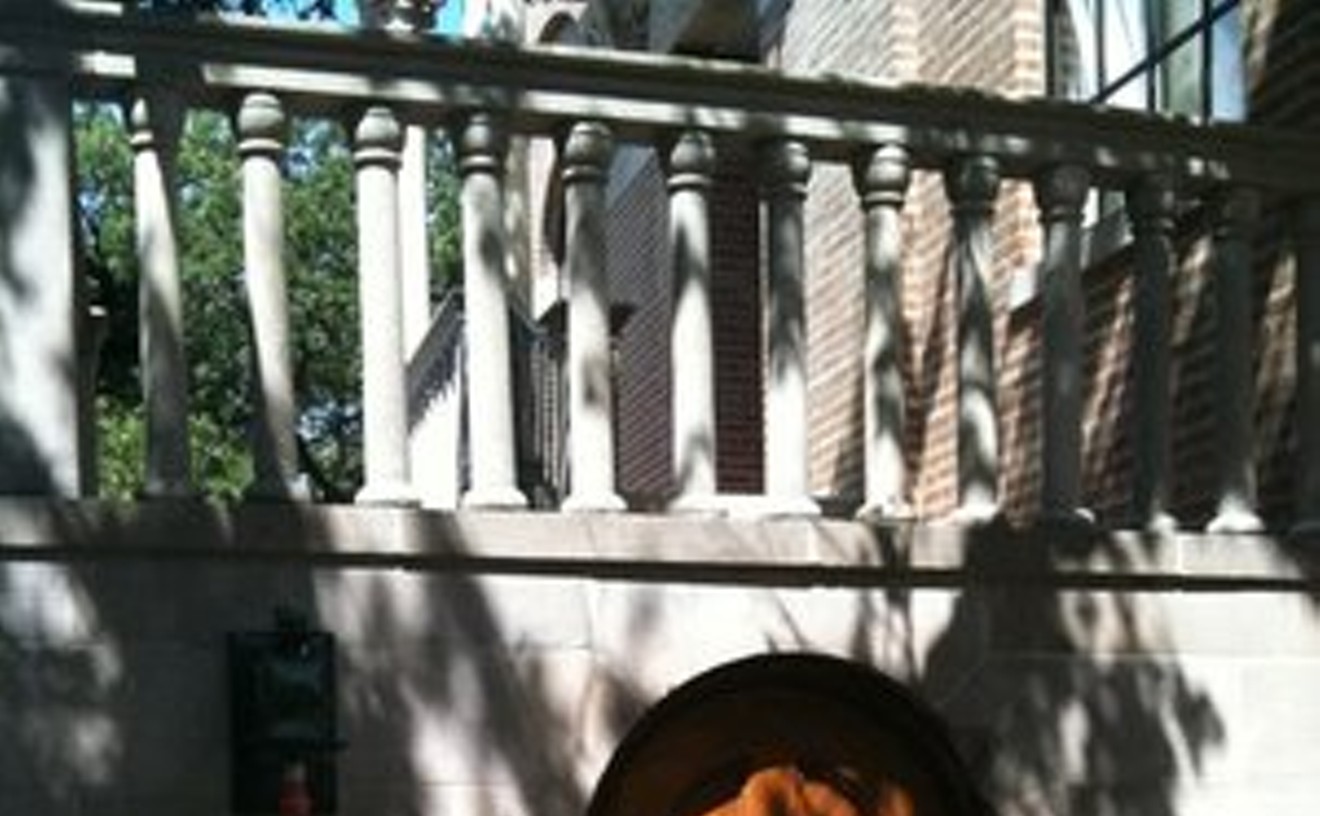 Every drink is a drink special at Valhalla, the tiny graduate student pub in the basement of the chemistry building on the campus of Rice University. Cool thing is, you don't have to be a student to drink at this divey charmer, where you'll always find two beers on tap, including local options such as the Buffalo Bayou Brewing Co.'s Great White Buffalo, for just 95 cents. An array of craft beers are priced at $2 or less, and you can get a glass of wine for less than $2 as well. Insiders know that you should just Uber or Lyft to the bar because parking is the most difficult part of grabbing a drink here.

The Houston concert scene was missing something, even if it didn’t realize it. In fact, it was missing a few things: a midlevel venue with plenty of seating, a theaterlike venue that mainstream comedians could play and an indoor place for classic acts to perform. That the Smart Financial Centre replaced all those needs with one venue is a game-changer for the Houston music landscape. Ample parking at a venue that doesn’t require walking around a lake or going underground? Check. Actual seats that aren’t just folding chairs with chalk on them? Check. They even pipe the stage audio into the lobby and bathrooms so you don’t miss out on anything. Just keep reminding yourself: Sugar Land isn’t that far away.

Photo by Ed Schipul via CC

It’s the ultimate photo bomber. You’ll find the multi-story Gerald D. Hines Waterwall peeking out from behind — and stealing the scene — in untold numbers of photos documenting quinceañeras, graduations, engagements, weddings and performance pieces. The waterfall has survived a few name changes over the years (Transco Waterwall, Williams Waterwall), but now the John Burgee Architects/Philip Johnson-designed masterpiece is managed by the City of Houston, continuing to circulate 11,000 gallons of water per minute and turning all of our photographic memories into keepsakes. 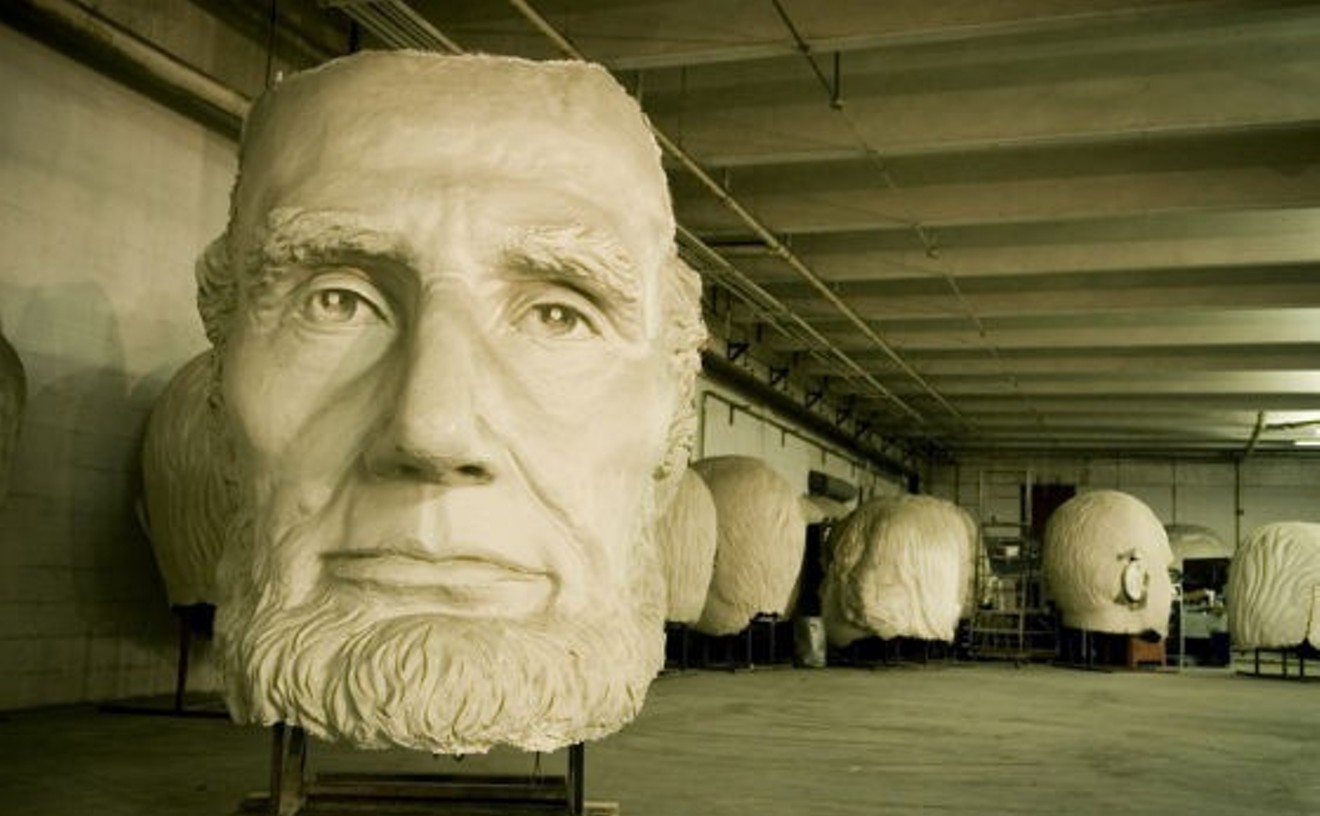 Houston has proudly given the world numerous “WTF”-worthy spectacles, and artist David Adickes is responsible for many of them. A truly one-of-a-kind believer of the “bigger is better” school of art, Adickes has given commuters on I-45 something majestic to appreciate: 18-foot concrete busts of Stephen F. Austin, Sam Houston, Abraham Lincoln and George Washington. In 2016, some fool vandalized the sculptures, spray-painting vampire fangs, swastikas and the words “blood” and “oil” on the busts. It was meaningless and cowardly — the exact opposite of this monument to leadership and to the strength and spirit of Houston itself. 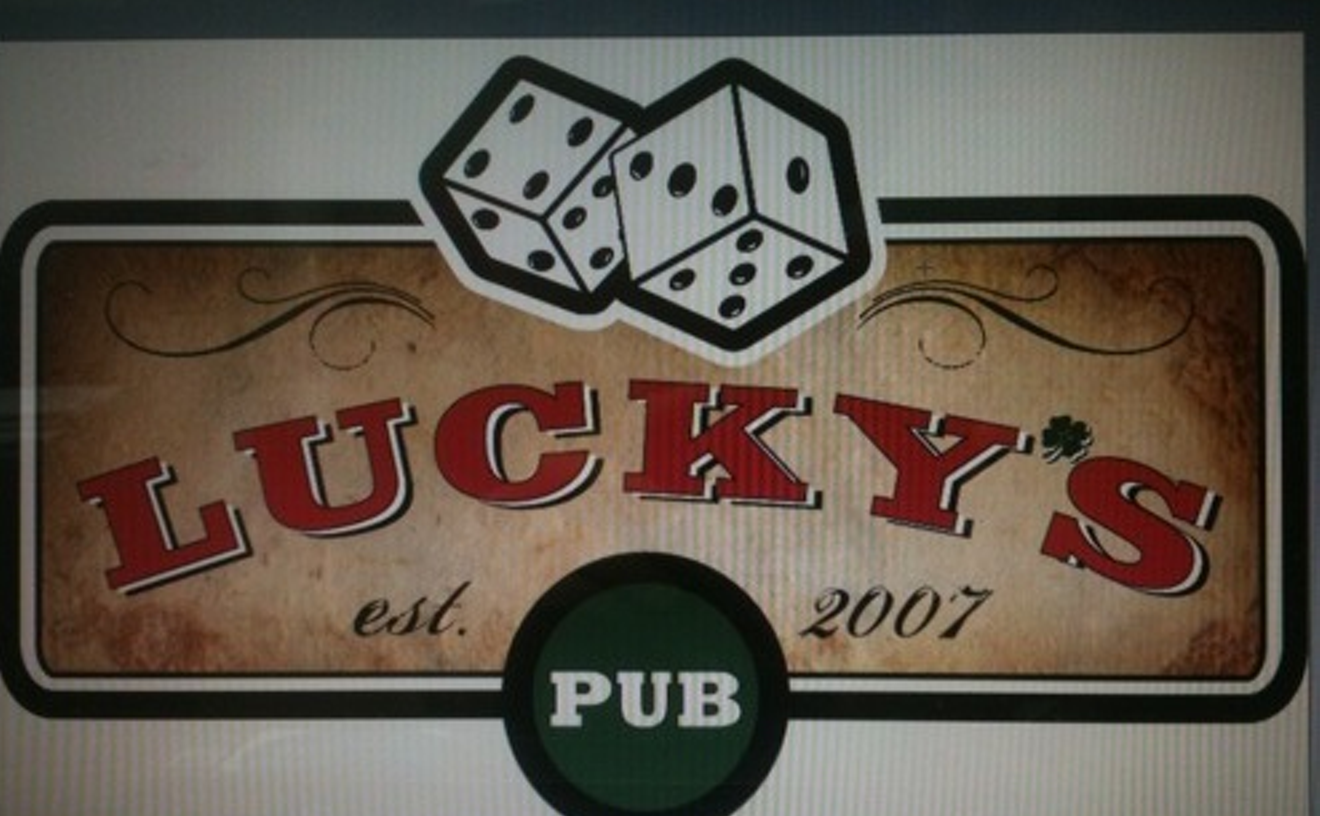 This venerable Houston institution is huge enough to fit several sports teams and more TVs than you can shake a stick at (although why you’d want to do that, we don’t know), but not so huge that you’ll have to wait forever for a cold brew or delicious wings. The service and atmosphere are top-notch — the staff is friendly, and the crowd isn’t a bunch of drunken, obnoxious yahoos. This is just a fun place to chill and cheer your favorite team — whoever they are, whatever sport it is, Lucky’s is showing it. Trust us — if you haven’t been, you’re missing out. 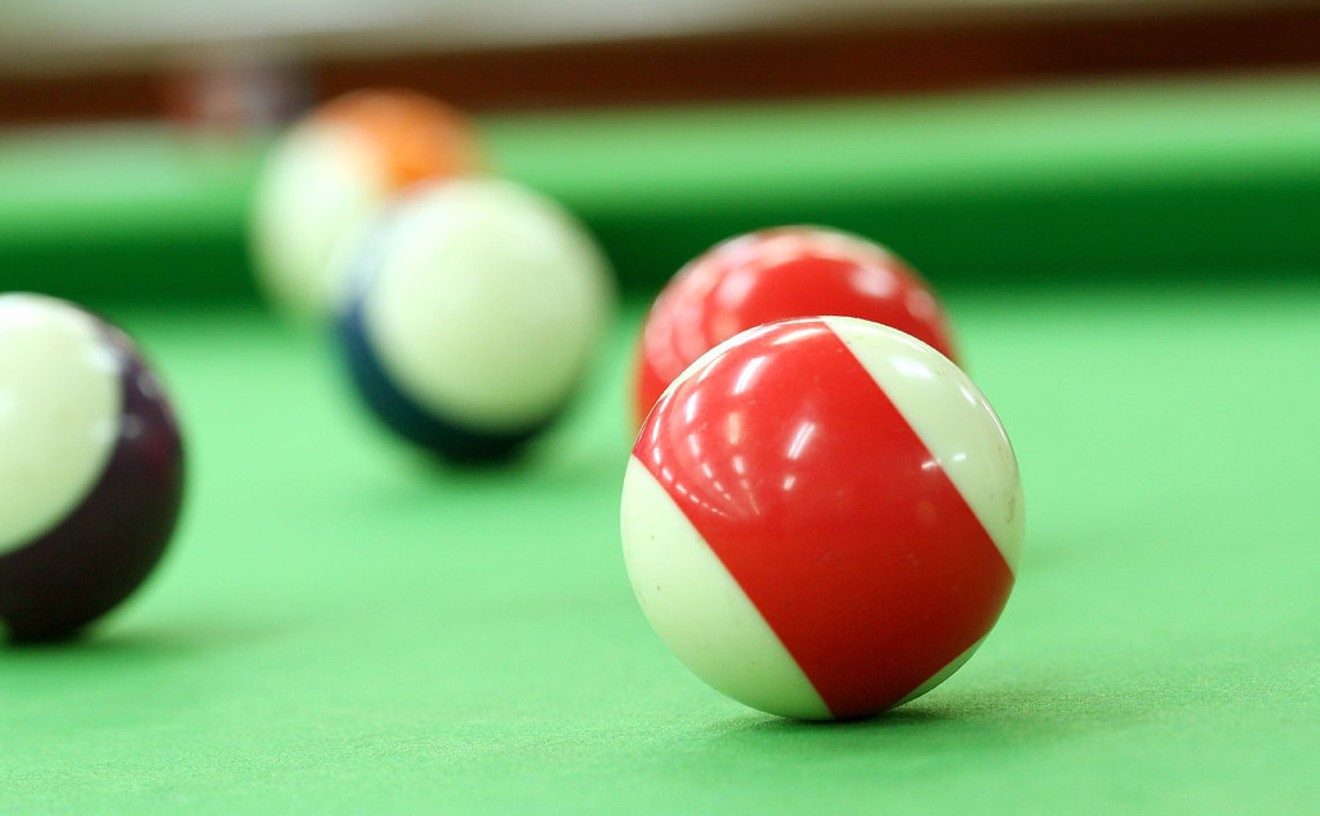 Barney’s Billiard Saloon has everything you want in a pool hall: It’s dark, with nothing frilly or flashy. The beer is cheap. Each of the six pool tables is lit by two single overhead lights. And a couple of dozen bare-bones wooden stools line the bar, where live sports are continually on the screen. Pool is $10 an hour, with solid specials on Wednesdays when pool is $5 for the whole night and wells are $2.50. 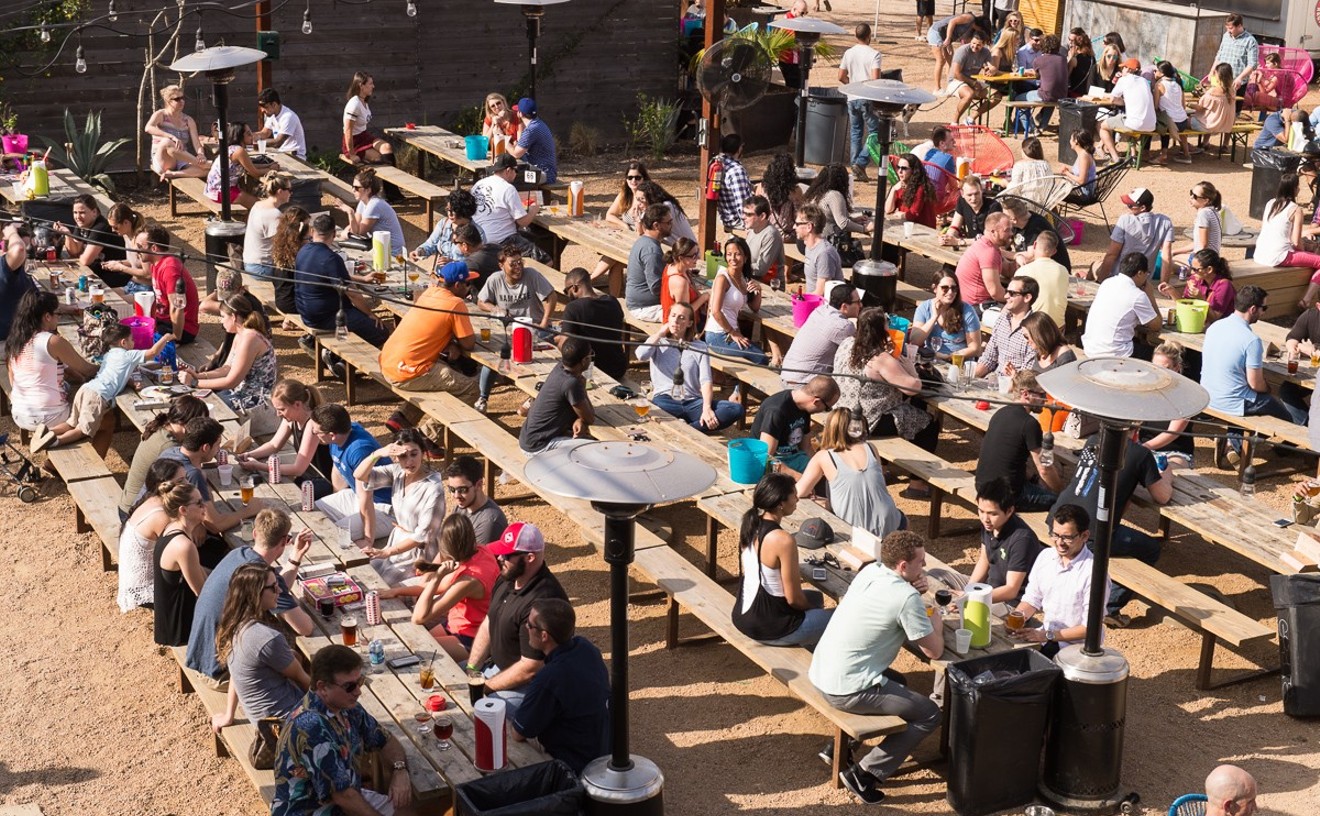 It’s almost as if Houstonians have rediscovered the patio in recent years. Any list of the best patios would often include a few staples, but as new venues and restaurants have embraced getting outside, we are in the midst of a patio renaissance. At the dead center is Axelrad, with its sprawling backyard and upstairs patio complete with hammocks, picnic tables and live music. Even on a hot summer night, it’s a damn fine place to have a drink.