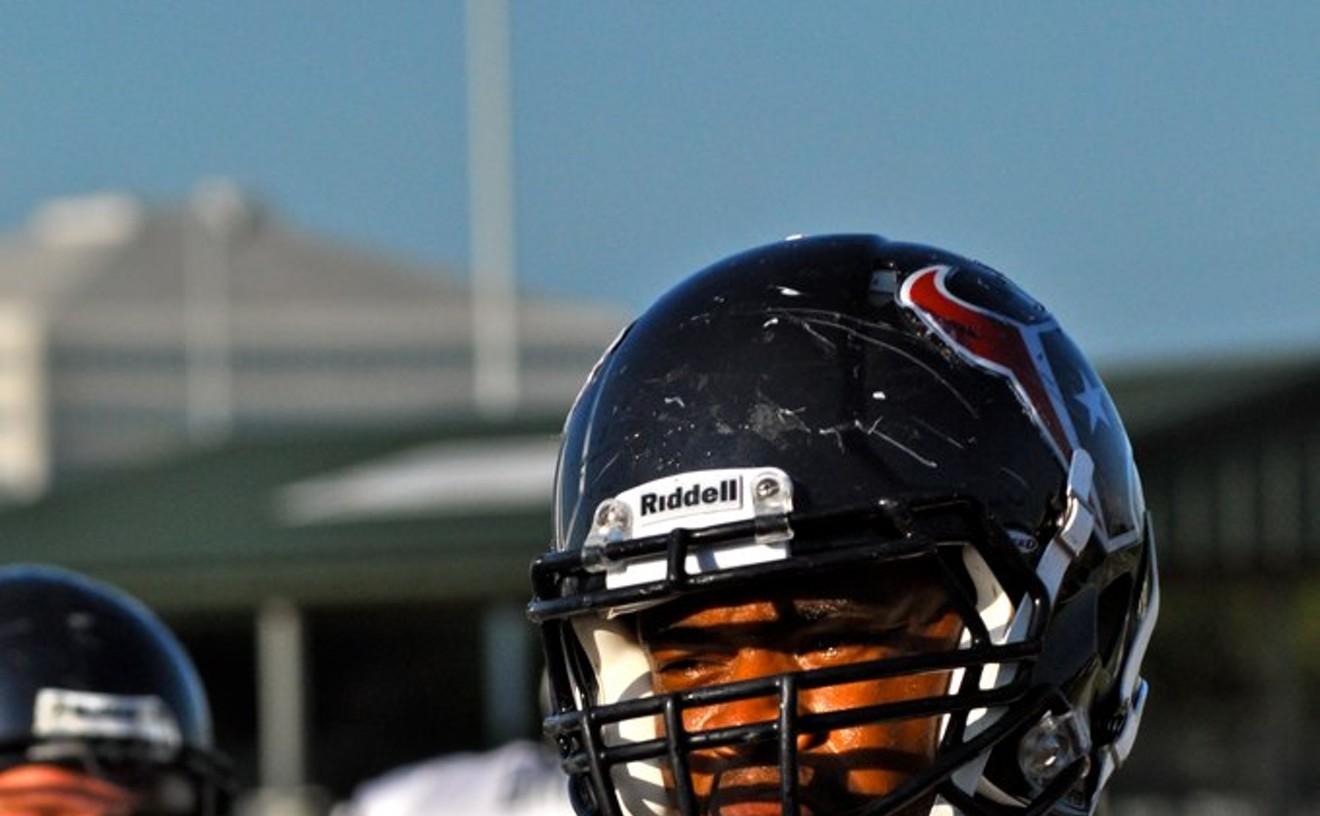 Photo by Christopher Brown via CC

Originally from the Dallas area, former Houston Texans offensive lineman Wade Smith decided to make Houston his permanent home during his four seasons (2010-2013) as the team's starting left guard. The big winner in Smith's decision to settle in Houston after his 12-season run in the National Football League ended: the hundreds of kids whom Smith has helped become more proficient in reading. Through his Wade Smith Foundation, Smith continues to convey his lifelong passion for reading by launching initiatives targeting child literacy, most notably the release of two children's books addressing literacy and bullying, and events like July's "Smitty's Day at the Park," where Smith and several of his former NFL teammates conducted a free football camp at Levy Park for kids grades K-6. The only condition kids needed to fulfill for attending the camp? They had to read one book and answer questions about it on their registration form. The participation of former teammates and NFL alums in Smith-related events, everything from the day at Levy Park to a July roast of Smith, which also raised money for his foundation, is a sure sign of peer respect for not only an NFL career well played, but Smith's service to others during and after his playing days.

Photo by Vic via CC

Life Time is unrivaled when it comes to the flashy amenities and fitness perks that come with a membership. It's the kind of fitness club where, if you do it right, you can turn indoor rock climbing into a weekly workout. Where you can learn squash or racquetball just because. Where yoga, pilates and cycling group classes are easily accessible. The top-notch cardio and weights floor is open 24/7. Afterward, cool off in the pool or get sweaty in the sauna. The spa and cafe are open to anyone.

You don't have to see a performance at Miller Outdoor Theatre to enjoy a picnic on the hill in Hermann Park, but if you're going there anyway, why not? It's one of the best date-night spots in the city, and all you need is a blanket, a cooler and some refreshments for a memorable evening. Throw in some alcohol and a little Shakespeare, and it might rank as one of your best nights of the year.