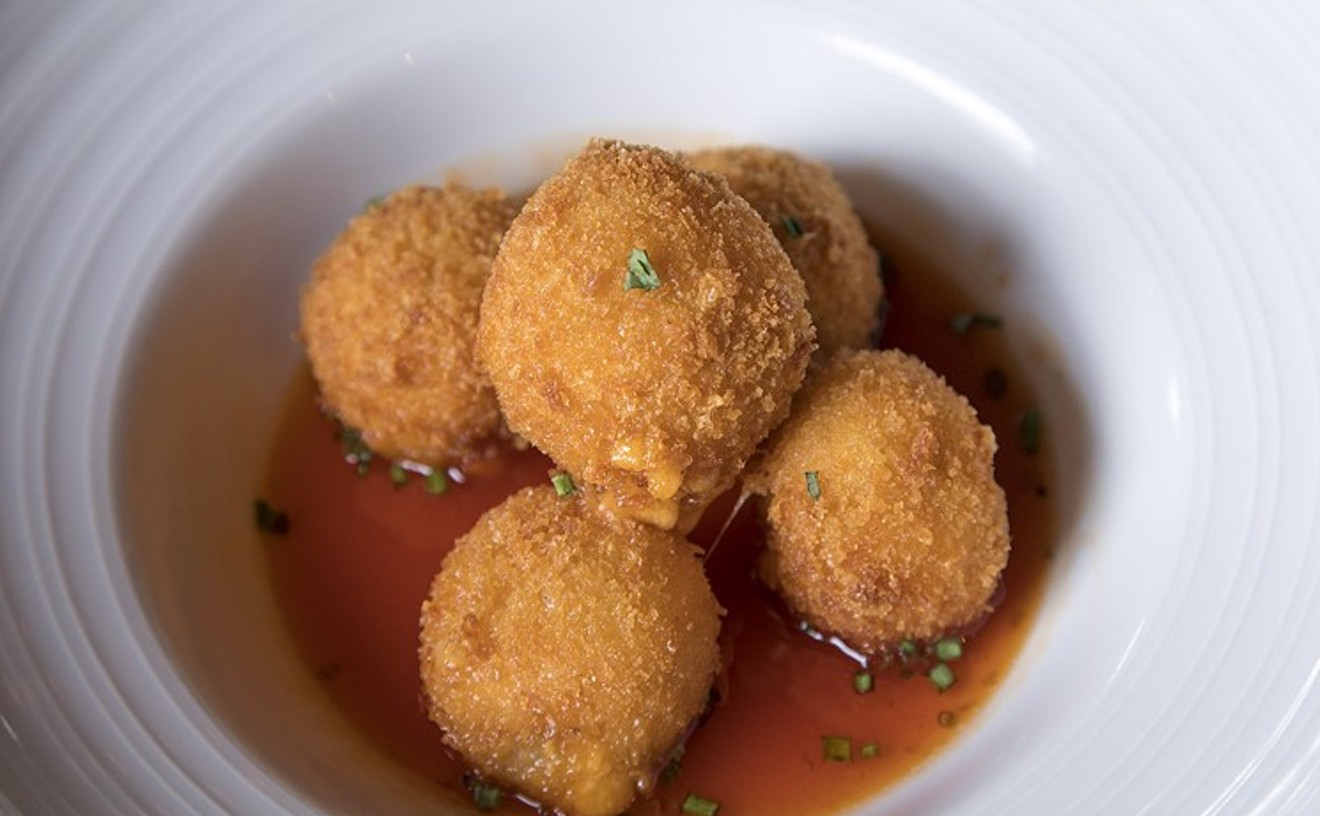 The "tides" portion of chef Travis Lenig's newest Third Coast wonder zeroes in on locally sourced seafood with an emphasis on the Gulf. Start with sambal honey-glazed tuna poke, low country she-crab soup or flash-fried fish collars, a.k.a. the "chicken wing of the sea." Mains like the expertly pan-seared scallops over what just might be the town's dreamiest seafood risotto show true finesse, while standouts including the Szechuan peppercorn-crusted tuna loin and coconut rice show just how exciting Houston's melting-pot cuisine can be. Hit the neighborhood hangout for brunch, lunch, dinner and happy hour. 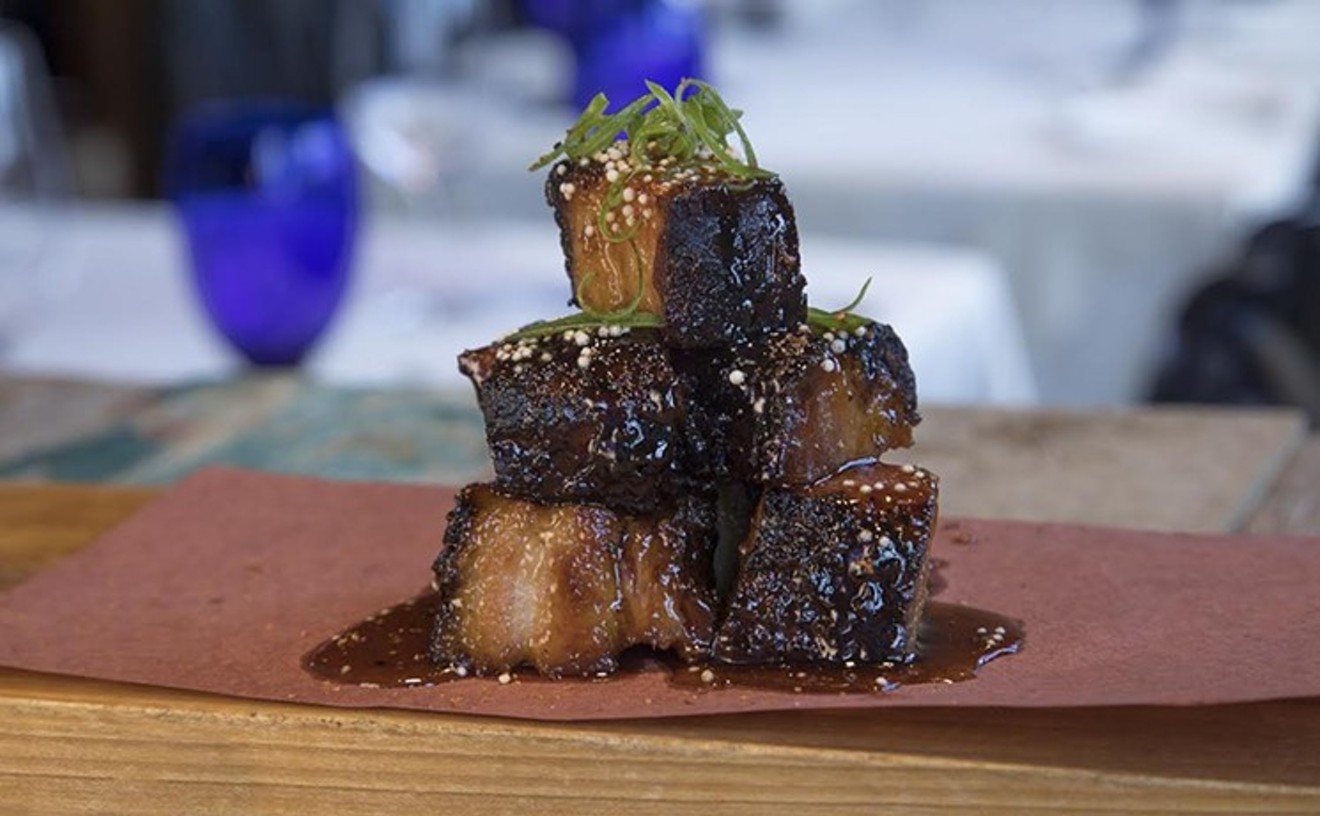 With the opening of Killen's STQ, chef and restaurateur Ronnie Killen proves not only that he is a master when it comes to steak, but also that his food was always meant for a stage larger than Pearland. Marrying his greatest hits with a rustic, neighborhood-style restaurant setting, Killen's STQ is already on its way to becoming a Houston classic. Here, the steak selection isn't confined to just one type of cattle. You get to choose your favorite cuts from a changing menu that includes grain-fed or corn-fed USDA prime wet-aged or dry-aged beef, Wagyu from Mishima Ranch, or Wagyu from Japan. Everything is prepared to your specifications on a wood-fired stovetop. Sharing is encouraged, as is a splurge on the delectable long bone-in Wagyu tomahawk rib eye, an impressive off-menu item that rivals anything else you'll find in the city. 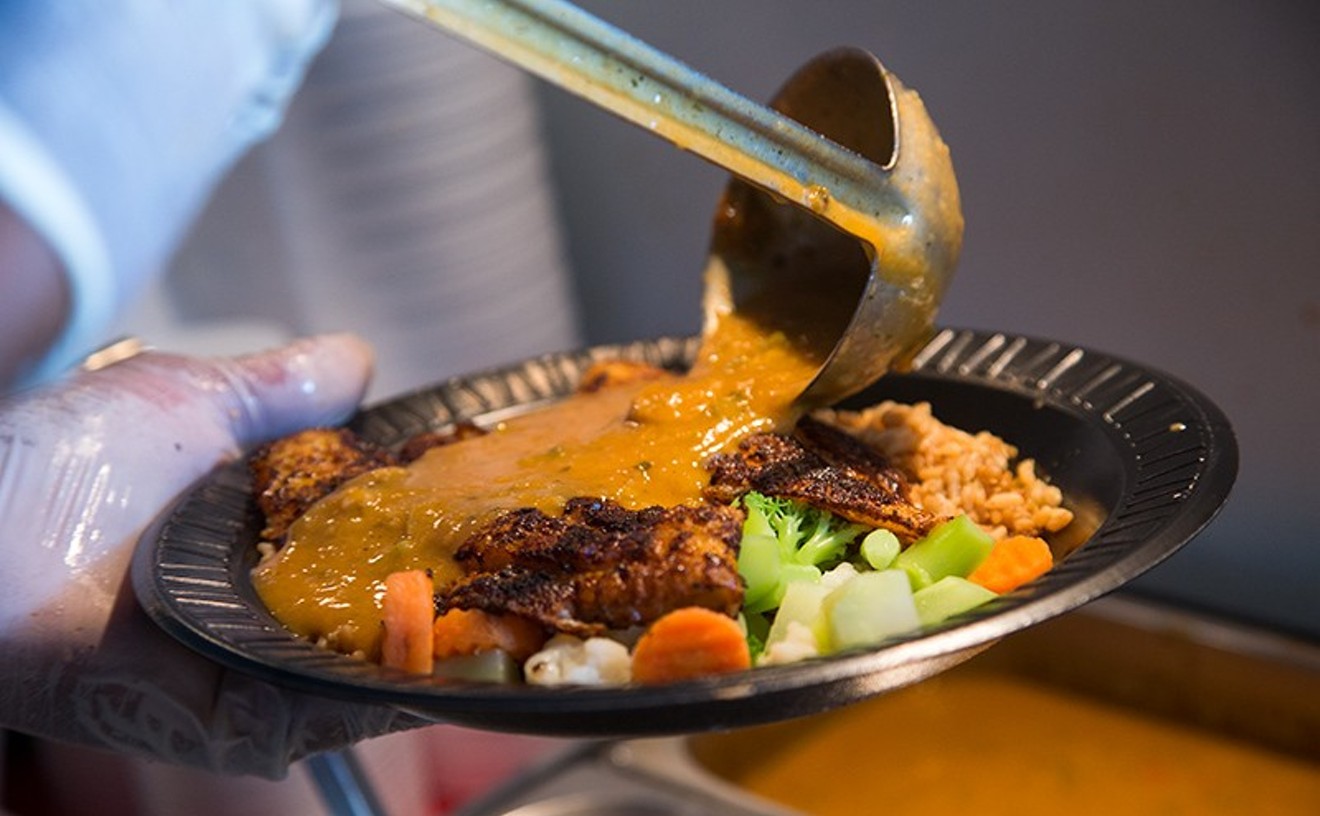 If you enter this fast-casual Cajun spot into your GPS, Siri will pronounce it as Gumbo Joke-ses, but the jokes on her. Gumbo Jeaux's (it sounds like Joe's, y'all) serves up quick and fiery Texas Cajun, or "Texiana," as the restaurant calls it, in an open kitchen where cooks entertain the customers as much as they bring the flavor. Order up a huge Cajun-inspired taco with spicy blackened fish or shrimp Creole cooled by a dollop of creamy chipotle aioli, which comes with an ample side — you'll want the gumbo, laden with big hunks of tender chicken, sausage and shrimp — for less than $5. While you can choose from more than 30 hot sauces, the dishes here aren't suffering from lack of heat. The dirty rice, speckled as it is with bits of liver and beef, will creep up on you with the heat, and best lends itself as a bed for the catfish Opelousas, with flaky blackened fish fillets topped with butterflied, fried shrimp and a sea of calming shrimp étouffée. It's BYOB, which is a good thing, because food this sassy calls for a cold one.

Best Neighborhood Spot in the Galleria 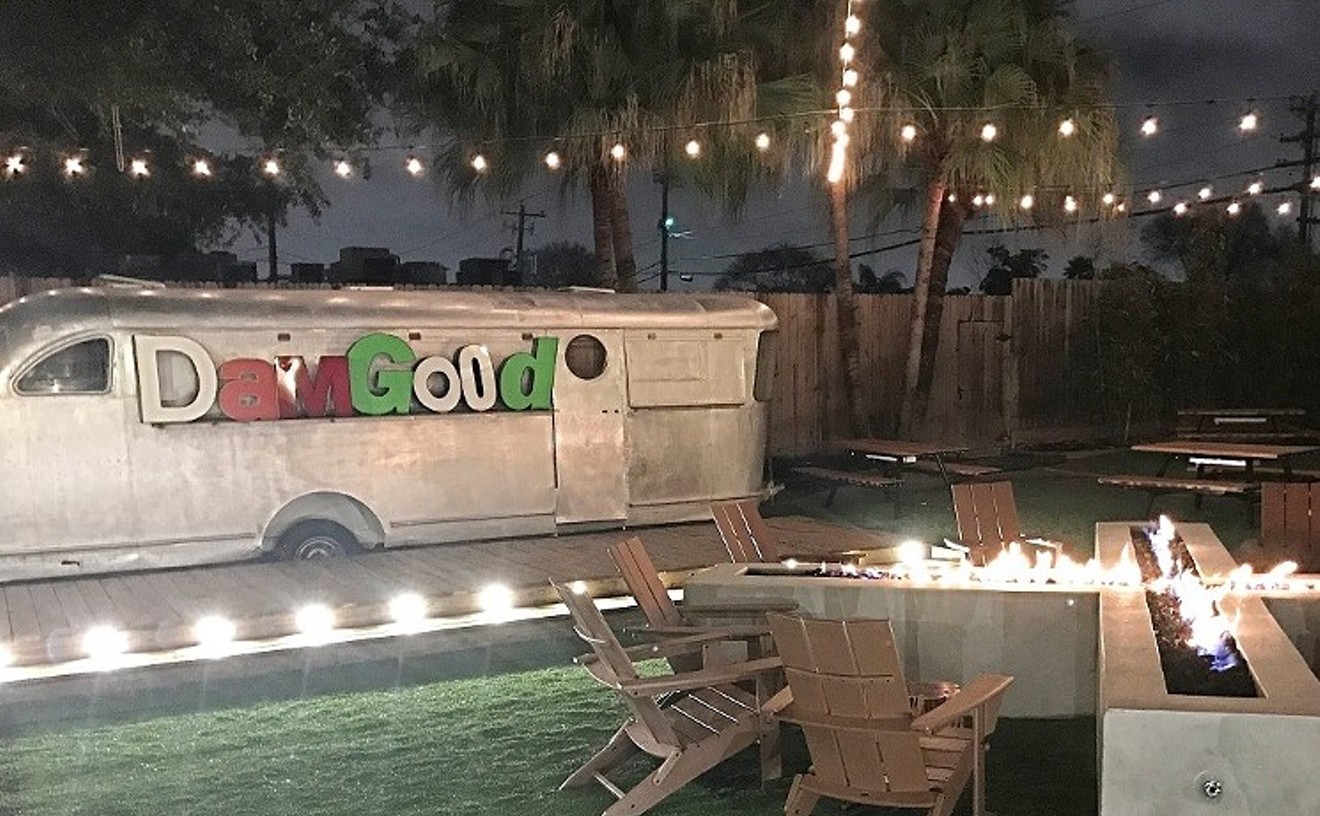 At the beginning of the year, fan-favorite gastropub Beaver's brought its "damn good food and cocktails" to a second location on Westheimer, one that just so happens to be three-times larger than the original location on Decatur. Along with it came a rustic hunting lodge vibe, adults-only lounge area dubbed the "Beaver Den" and a cozy, all-are-welcome backyard adorned with string lights, a totally rad criss-cross fire pit and a vintage trailer that doubles as a service bar. Tack on a refreshed pit-smoking program and new menu items like a hot and spicy whole fried Cornish hen and it's easy to see why this newcomer has quickly become the choicest hangout in this 'hood. 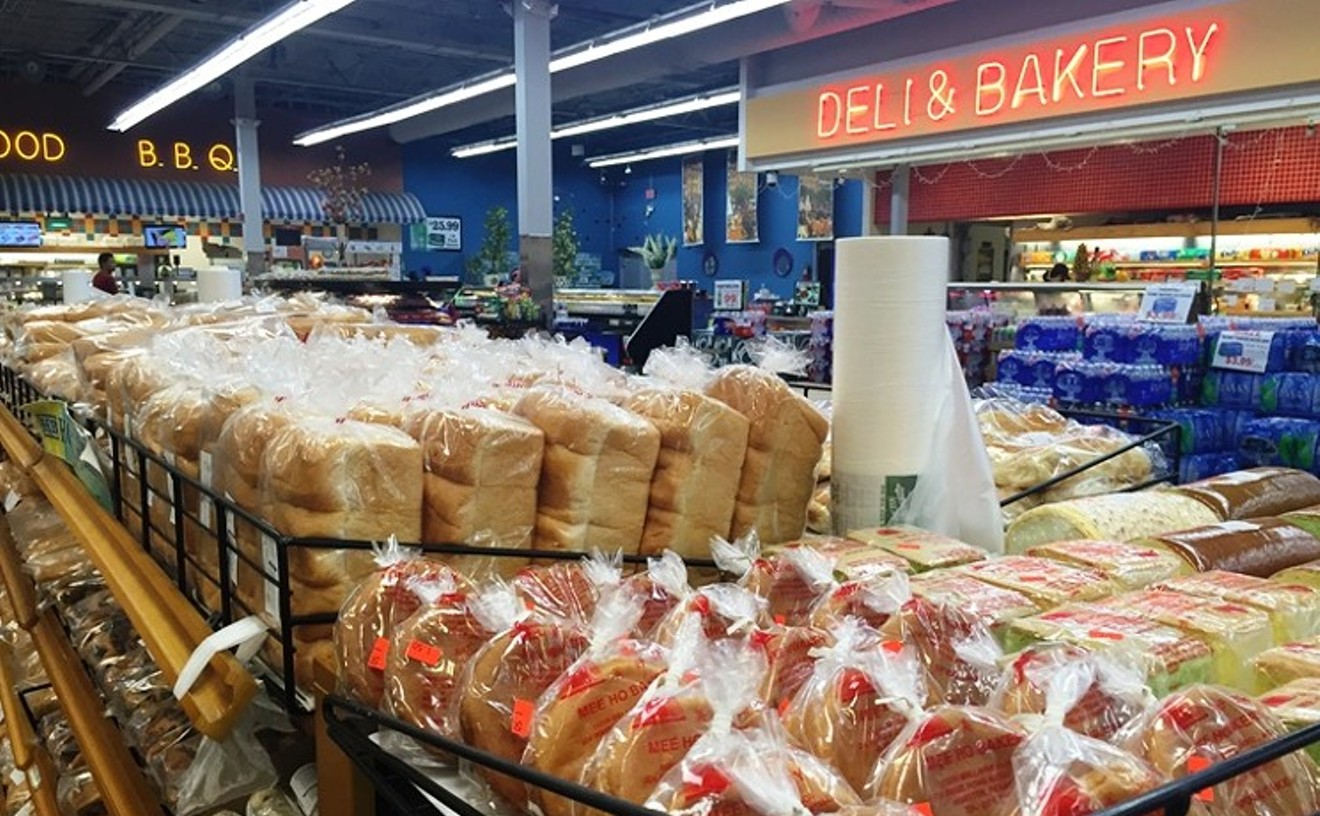 At Beechnut right outside Beltway 8 lies a treasure trove of Asian spices, produce, meats, fresh seafood and prepared foods. Viet Hoa International Foods offers an extensive selection of Vietnamese and Chinese groceries and dried goods, and serves the international Asian community well with an impressive variety of Korean, Japanese, Indian and Thai goods. Beyond the bins of aromatic herbs and the endless aisles of crazy cool snacks and sauces, Houstonians can find a cafeteria-style food counter with traditional Chinese and Vietnamese mainstays, including pork and egg stew, whole-fried fish, in-house-prepared roast pork and duck, red barbecue pork, and soy sauce chickens hanging behind the glass. Racks of fresh, out-of-the-oven baguettes, steamed dim sum favorites and banh mi can be found in the bakery corner. 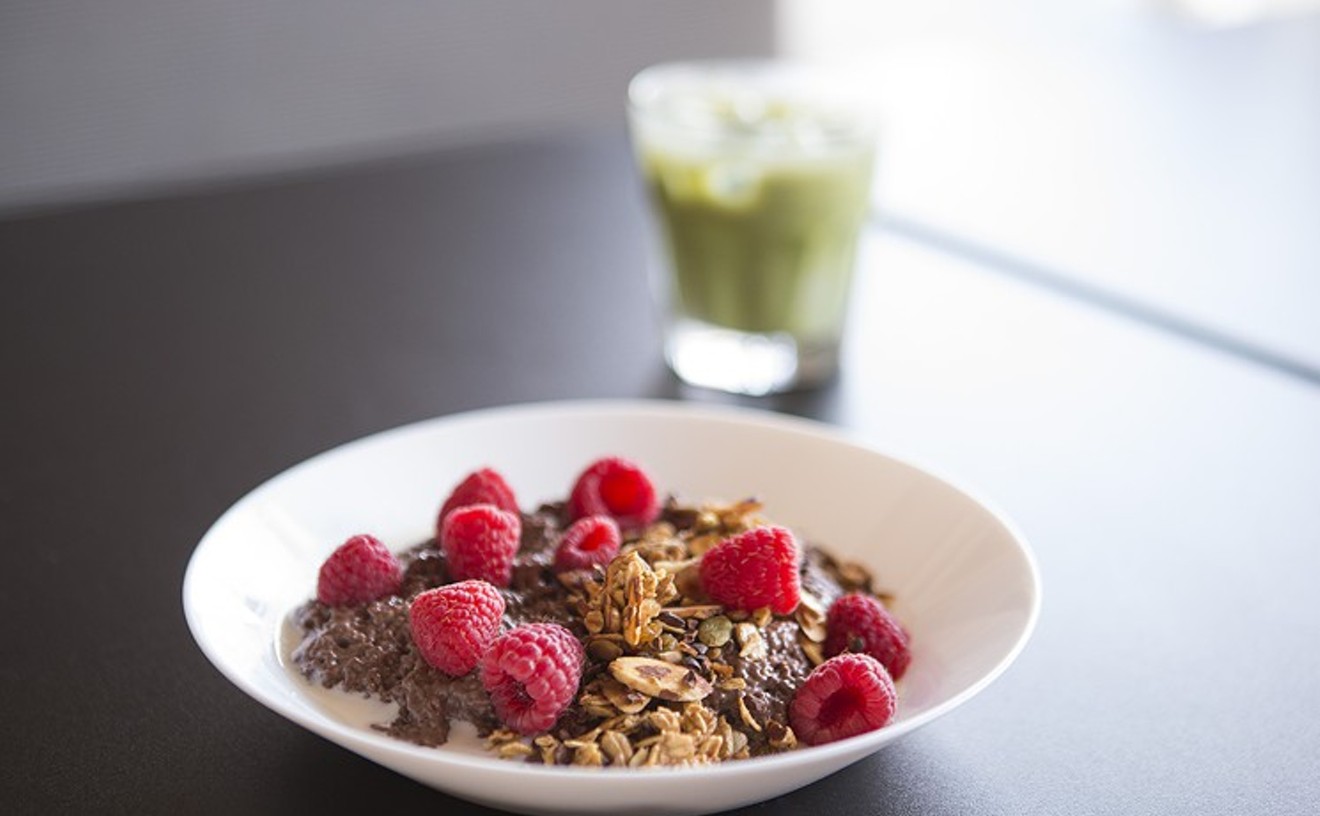 There is the matcha-frosted doughnut, reason enough to take a hike to this Heights coffee-shop-meets-breakfast-mecca that does fried dough lovers right. An array of doughnuts, including a dense and delicious old- fashioned style also known as the cake doughnut (get one chocolate glazed and prepare to moan); crazy fritters such as the salted lime and chile pineapple, which comes crunchy-edged, salty, spicy and hard to beat; and custard-filled wonders await. If the selection alone doesn't rope you in, Morningstar's impeccable coffee program, with a perfect drink for whatever the doughnut of your dreams is, absolutely will. 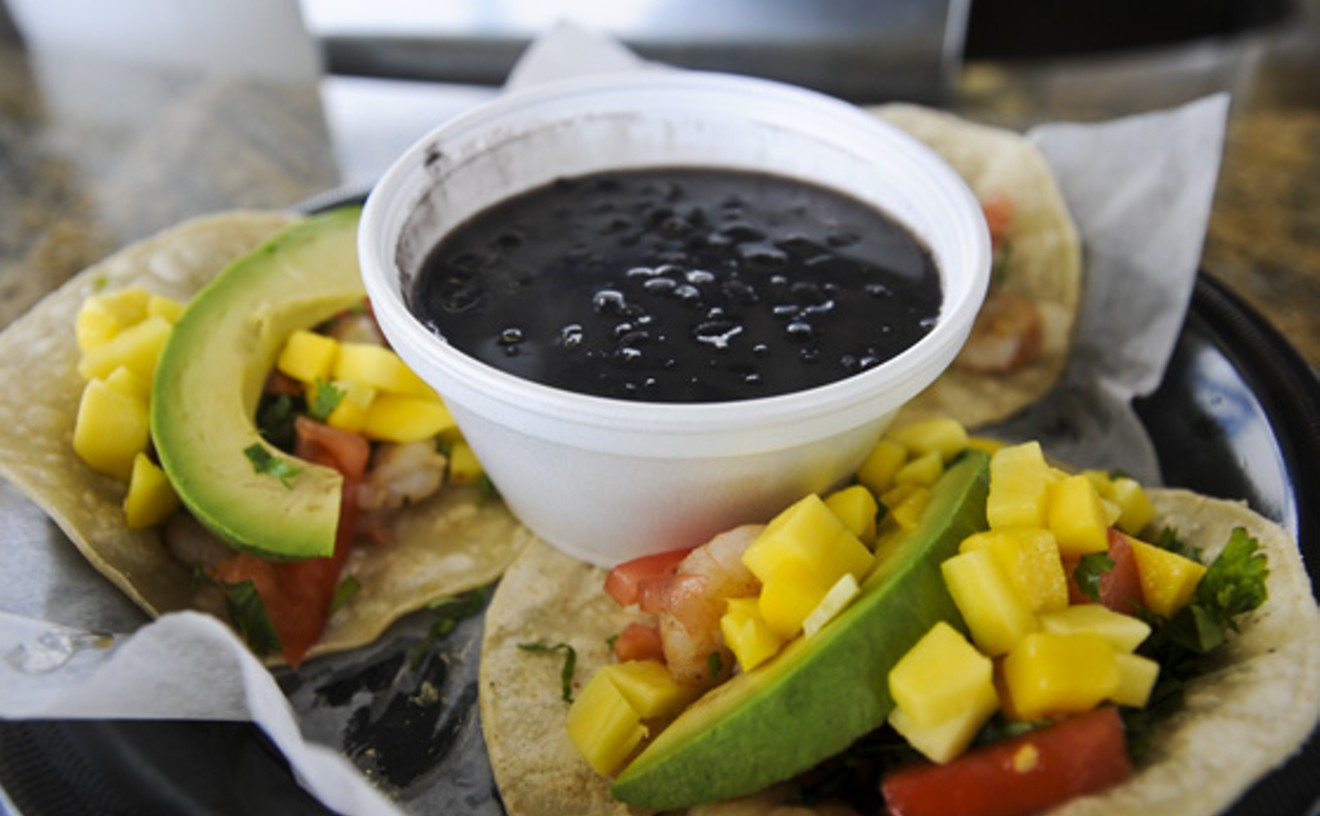 This beloved taco hub that fronts as a Cuban fast-food spot is still the best drive-through after all these years. Pull up and order an insane ropa vieja taco, one of the city's best tacos period, stuffed full of braised, shredded beef in tomato sauce and topped with purple cabbage, cilantro and cream sauce. There's more than a handful of tacos that El Rey does really well, including the al pastor, with big chunks of fatty pork and a decent carnitas, and breakfast tacos that have a cult following. The fact that none of them will set you back more than $3 means you can get out of here with a meal and drink for relatively cheap, or go on Taco Tuesday when you can get three tacos for less than $6. 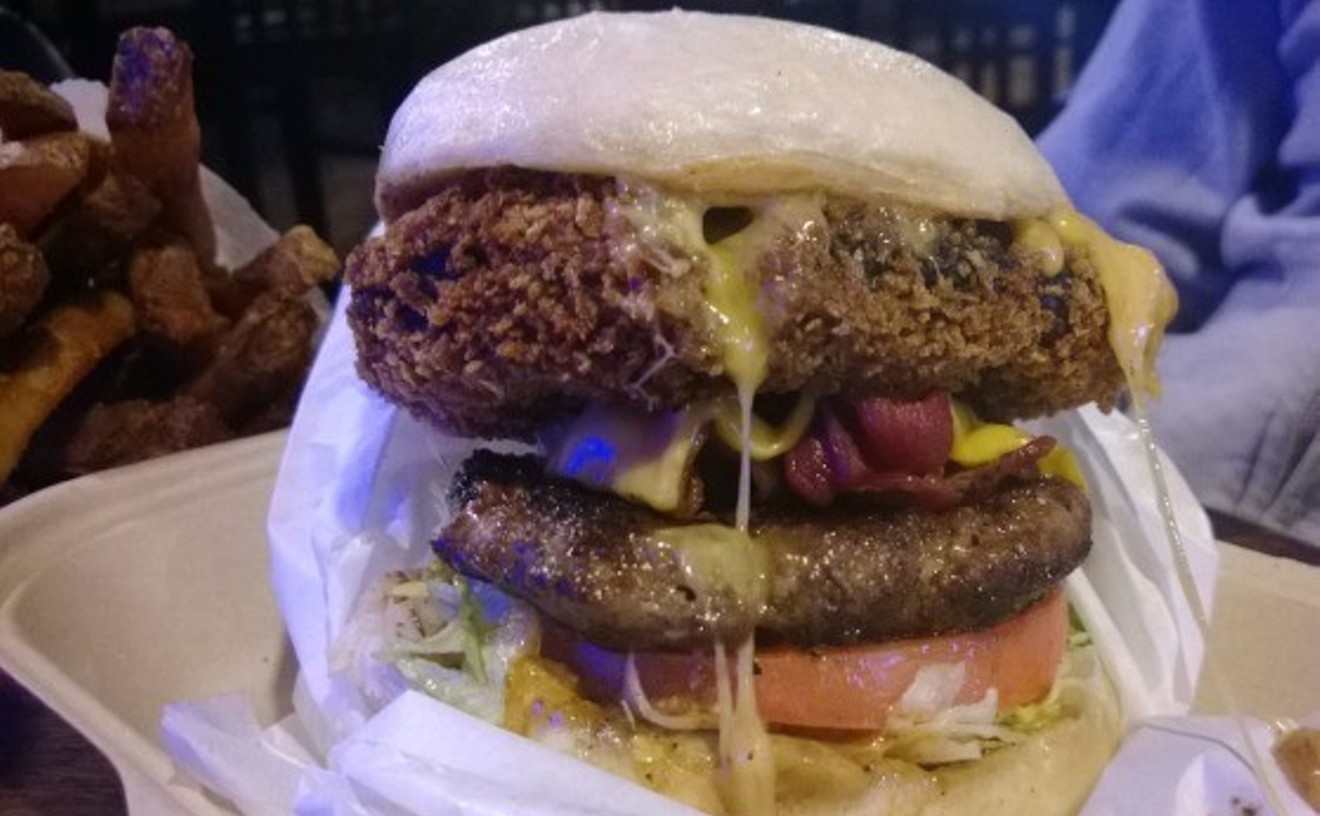 A food truck that combines Filipino street food and gourmet Akaushi burgers? That's right, and if you see Flip 'n Patties on the street, you're going to want to stop. One reason is the burger, made with quality Japanese beef and served on a housemade steamed bun that looks sort of English muffin-like but is airier and soft, with a well-greased, toasted inside. Then come the toppings. From a giant breaded and fried portabella that's been stuffed with cheese to a wilder Spam and banana ketchup aioli combo, these burgers keep it weirdly delicious, and the fries aren't too shabby either. But don't overlook the toasted garlic rice plates — the longsilog, which features a mildly spicy housemade sausage, fried egg and lumpia (Filipino-style pork egg roll), is served over rice so flavorful you'll be begging for the recipe. 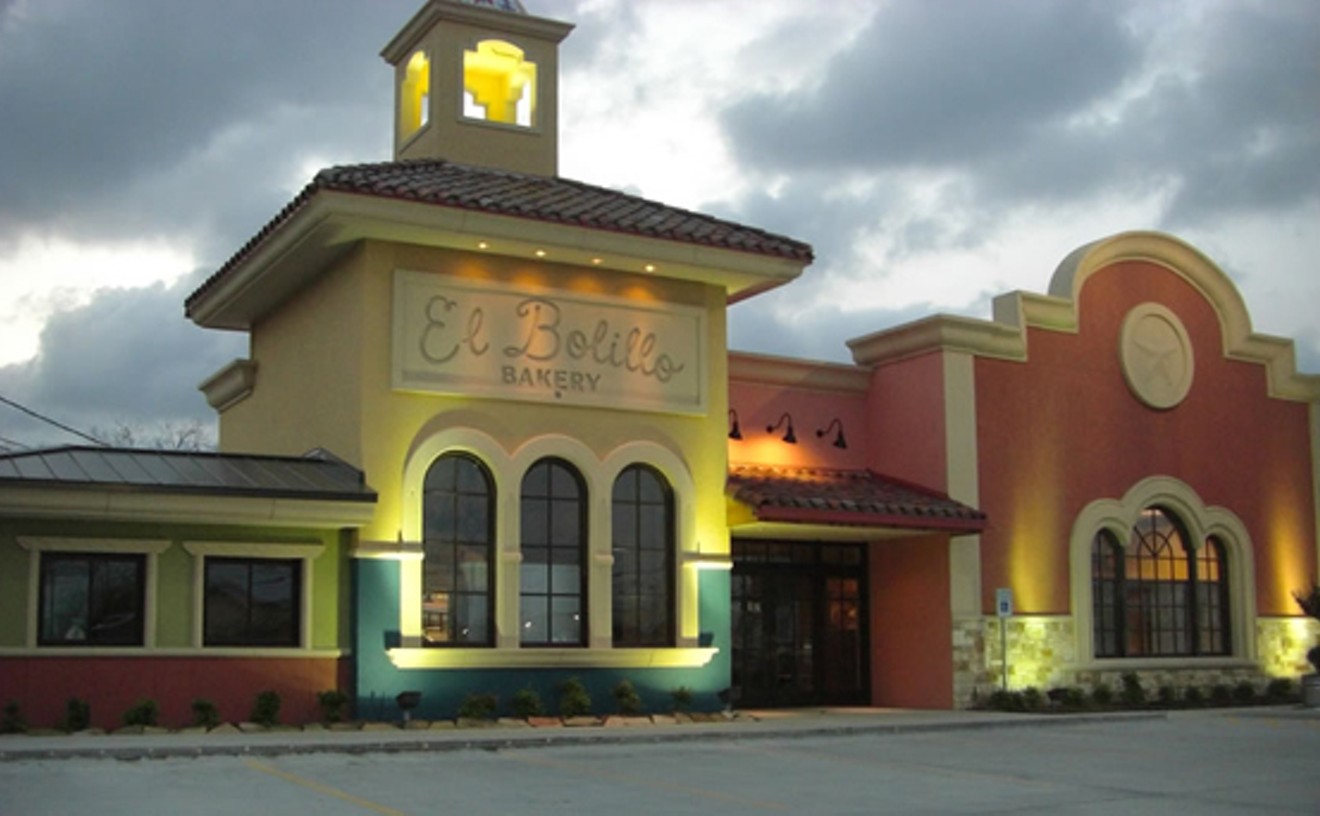 What a year 2017 was for El Bolillo, from its ragingly-popular Instagram fads — the unicorn concha, a bright pink, purple and blue-swirled sweet bread, and its equally craze-inducing fidget spinner cookies, designed after that bizarre stress-relieving contraption that people can't get enough of — to a brand new location in Pasadena. The Mexican bakery continues to astound with its incredible tres leches cakes and wealth of pastries that, to gaze upon, will make any sweet tooth weep with joy. Enter the location on Airline and it's like walking into heaven, complete with large metal serving trays and tongs to help yourself to the myriad cases of fresh-baked churros, cookies, breads and more goodies that are baked by the hundreds here each day. It's a pretty astounding feat, and to top it all off, it's still one of the cheapest spots in town given the care and quality that goes into each delicious bite. 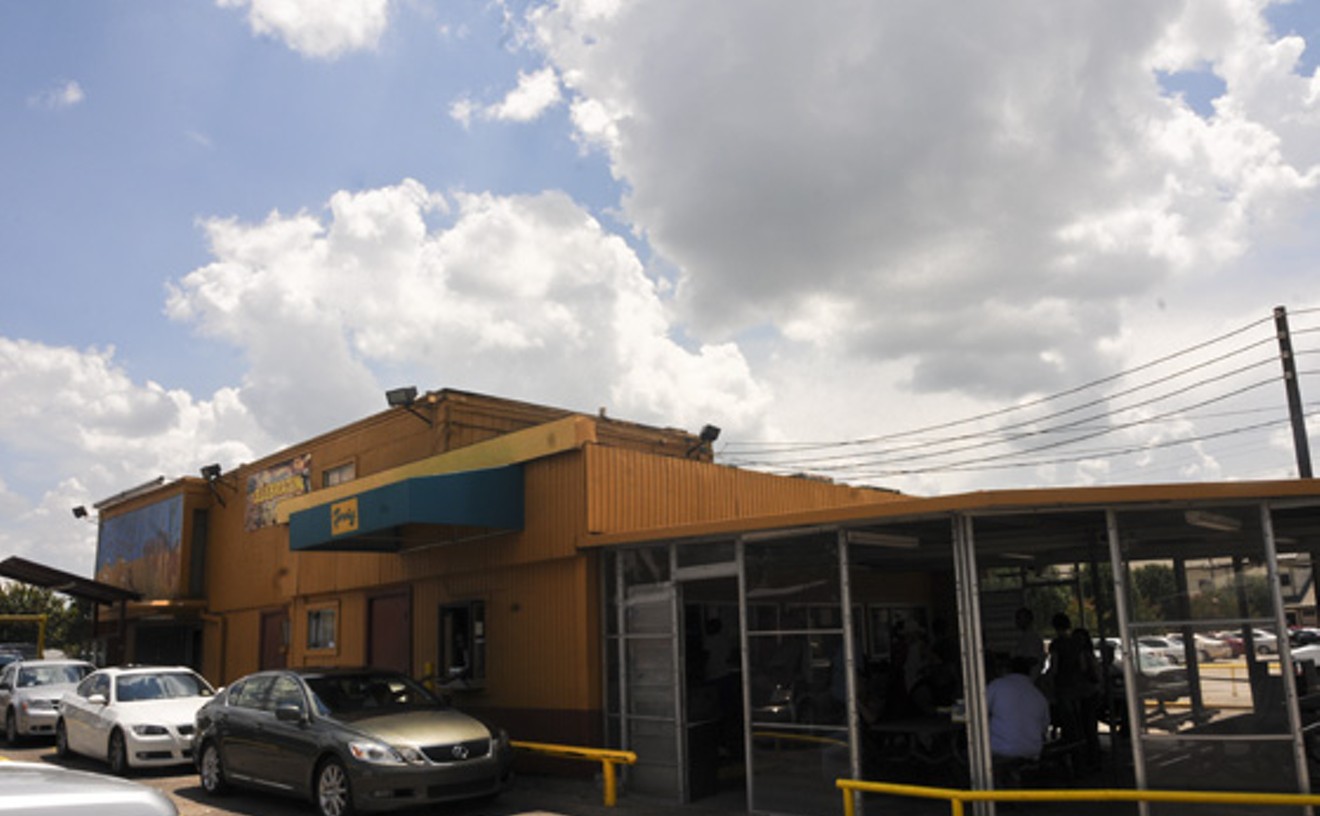 Crispy, peppery skin with a crunch and juicy, tender white and dark meat have made Frenchy's fried chicken a Houston staple for almost 40 years. One taste of a thigh or drumstick here and you'll be reminiscing about your grandma's cast-iron skillet while blotting your greasy fingers on an accompanying tower of napkins (they even hook you up with moist towelettes). Frenchy's fried chicken is best paired intermittently with its buttery, fluffy biscuits, a honey-lick of sweetness on top to offset the saltiness. Most people stay in their cars to order from the friendly staff at the no-frills location on Scott, but walking up to the screened-in order counter is almost always faster, and don't forget your side of bacon-tinged collards or the legit red beans and rice. Frenchy's was, after all, the brainchild of a New Orleans native, and it could rival any Popeyes.